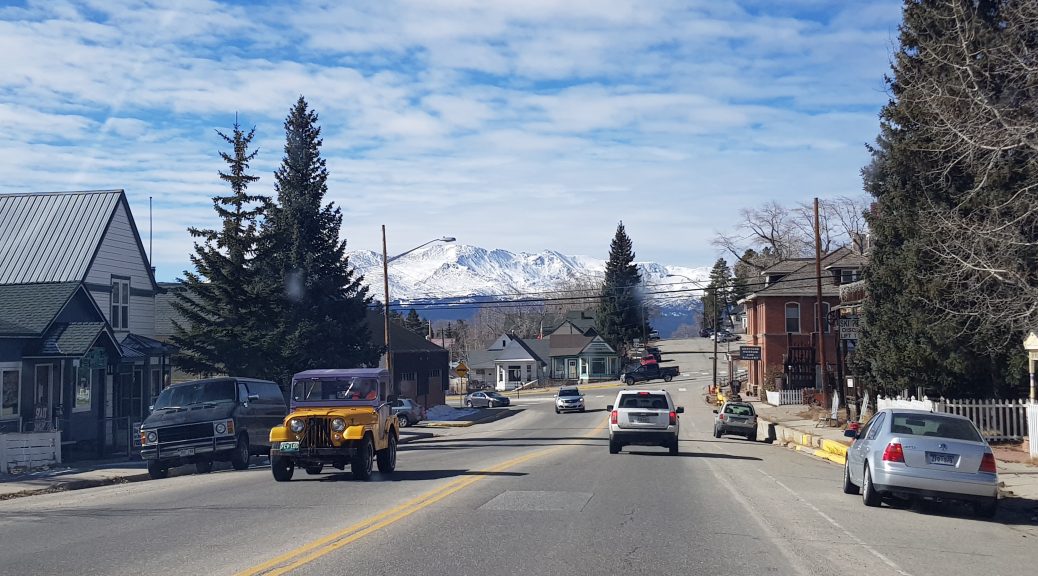 Arriving in Denver mid-morning, we dropped the car at the hotel and headed into to the city on the RTD (train). It is a about a 30 minute journey for $9 all day pass, taking us straight into Union Street Station. 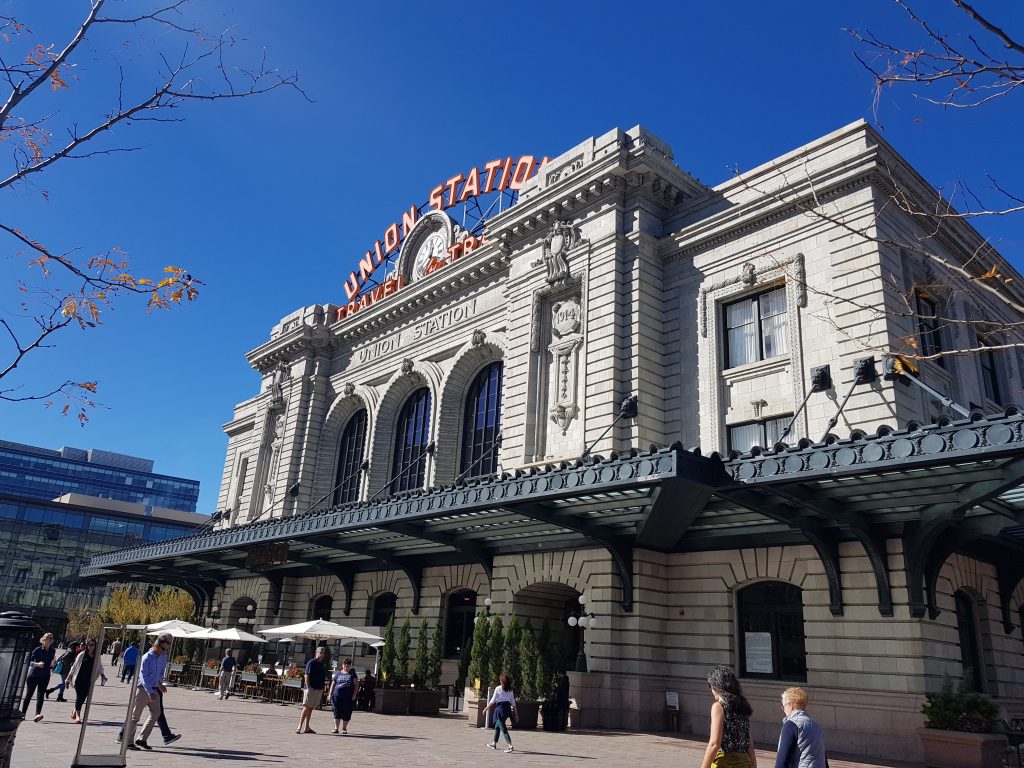 As we had pre-booked a tour of the Denver Rockies Baseball Stadium (Coors Field), we decided to head there to check out where we needed to go. Upon arrival we were met with really helpful and friendly staff. As we had time to kill they pointed us in the direction of a nice local craft brewery where we could sample their ales! Well it was a pretty hot day so it’s important to keep hydrated, right?
Once we returned to the stadium we were treated to a great tour, taking in everything from the dug outs, press box, hospitality area and changing rooms. Denver is nicknamed ‘The Mile High City’ due to parts of the city’s elevation from sea level. Within the stadium there is a row of purple seating high up in the stand, we were informed that these seats are literally 1 mile above sea level. 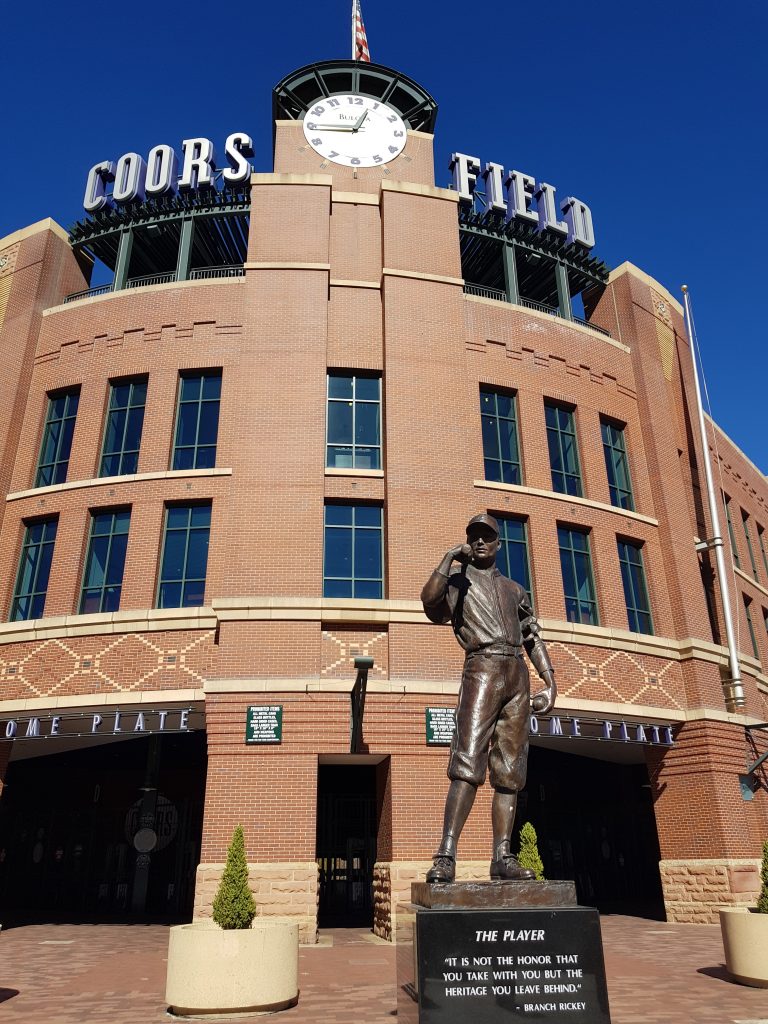 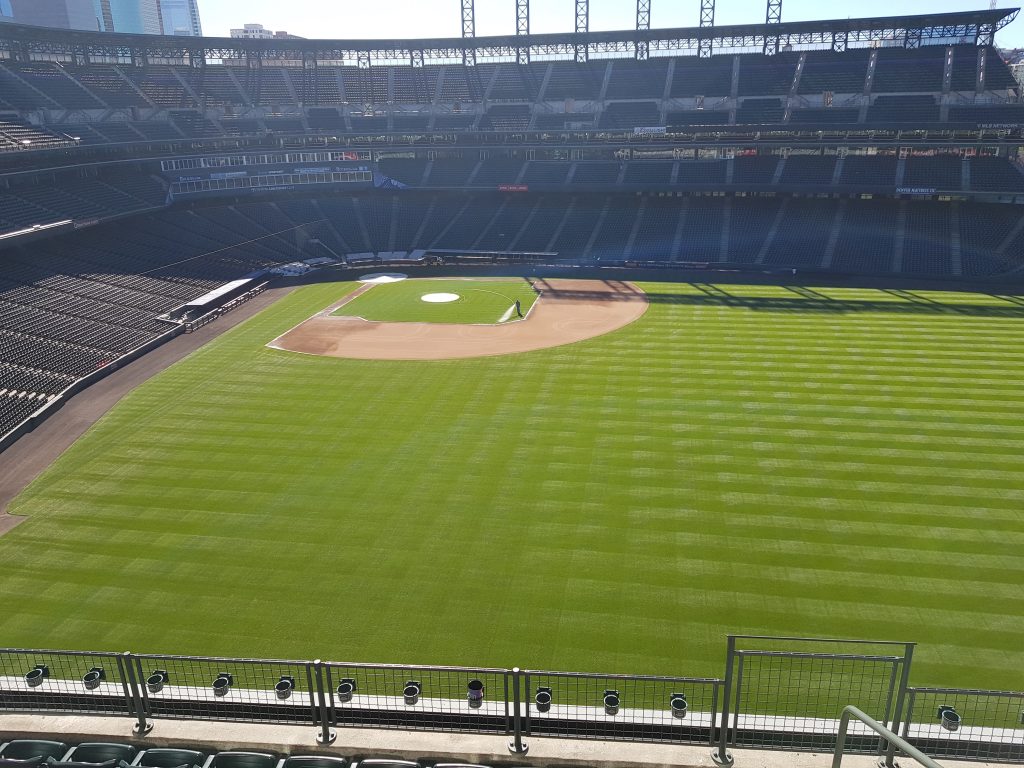 We had planned to explore the city centre more the next day, so following the tour we headed back to the hotel to relax in the sunshine. Whilst in the hotel we kept getting told that snow had been forecast for the next day! As we were currently dodging sunburn we took this with a pinch of salt. Imagine our surprise to pull back the curtains the next morning to find a layer of snow on the ground with more falling! Apparently, this is Colorado weather! It can change in the blink of an eye!

Ditching the shorts for coats, scarves and gloves, we headed back into the city once more. By the time we got into Denver there was no lying snow but it was freezing cold still. From the train station we walked up 16th Street Mall, checking out various shops. On our list to visit was the Capitol Building & Convention Centre. Walking a couple of blocks from 16th Street towards the Capitol Building we noticed a change in the feel of the area. It had gone from a touristy busy street to streets lined with homeless and a strong smell of cannabis. Once we reached the Capitol Building we were met with many homeless people in the park area, one openly urinating in the street! The building itself was impressive but the surrounding area let it down somewhat. 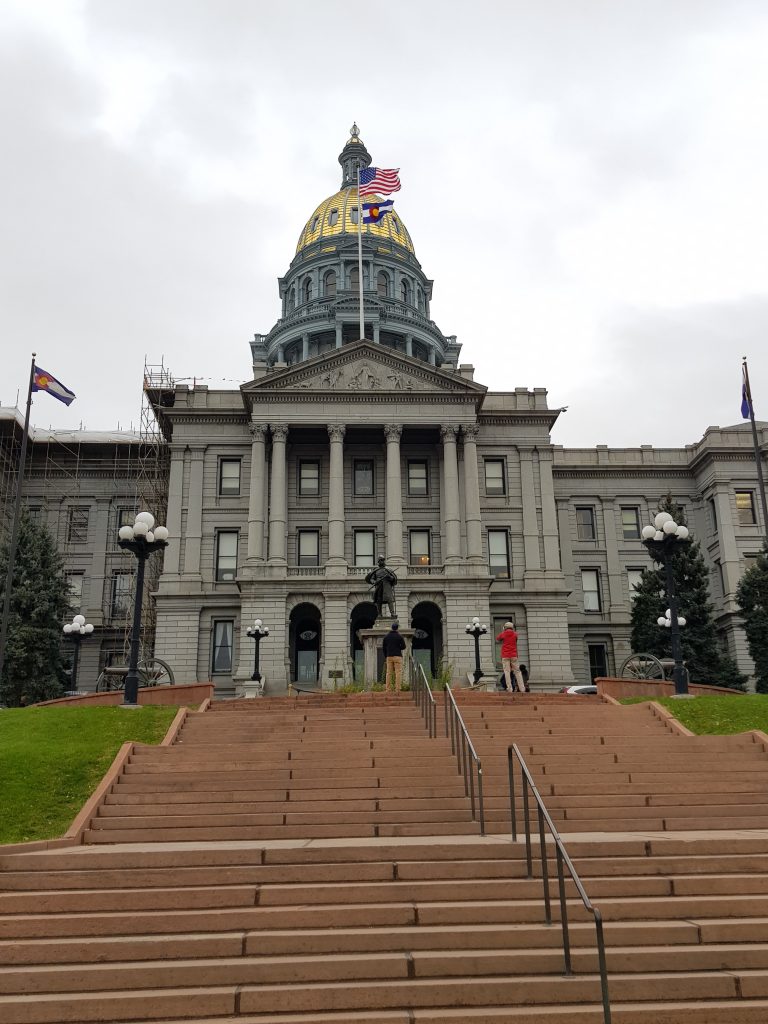 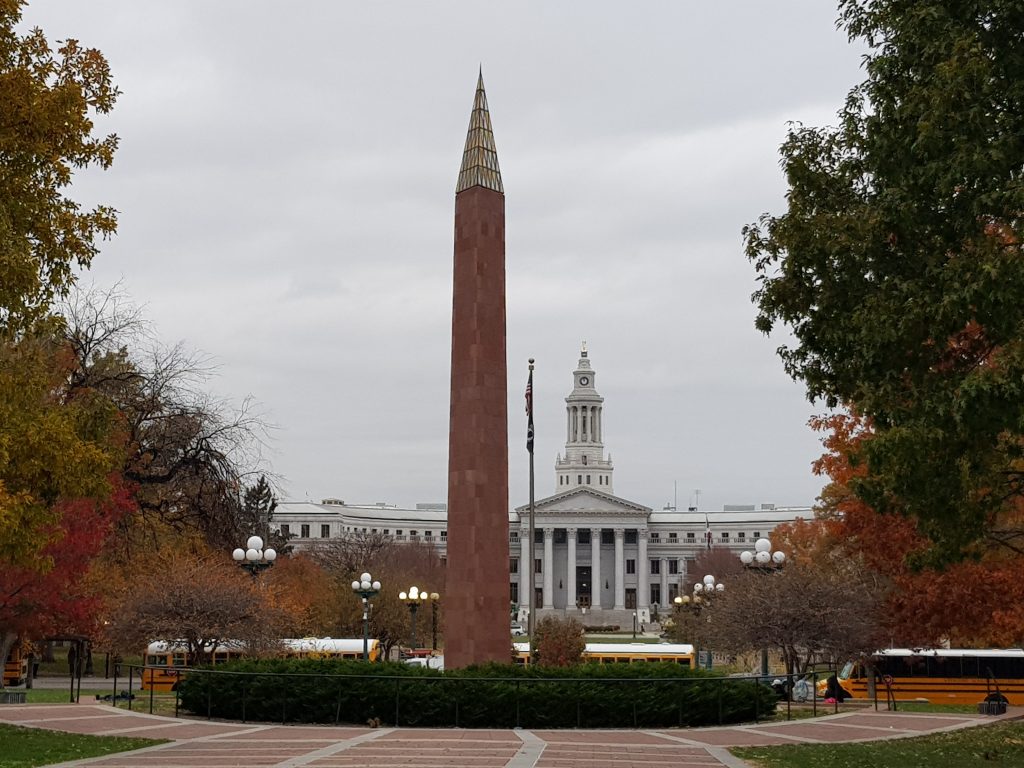 We decided that as we were in such a large craft brewery area that we should try another one, just to get warm of course! After our pit stop we decide to head back to the warmth of our hotel. I’m not too sure what I was expecting form Denver but this wasn’t it. Maybe it was the time of year we visited but I felt it didn’t have the buzz that most cities have.

The next day we hit the road once more. With the zip code in the SatNav, we headed through beautiful scenery toward Aspen. 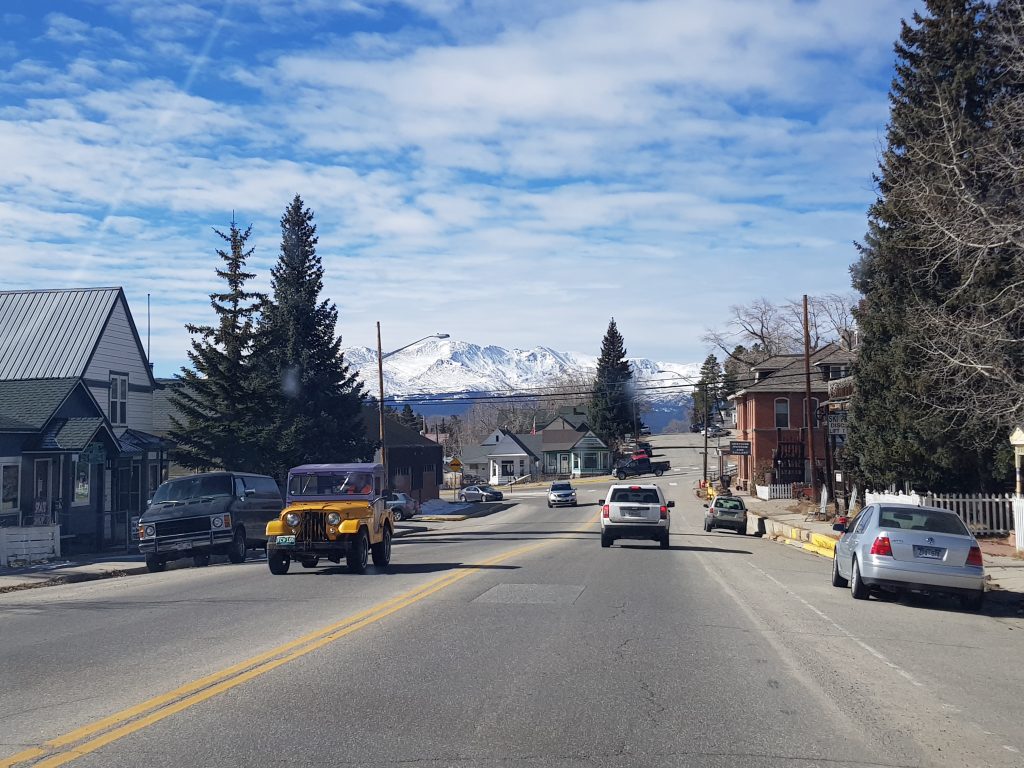 A few miles out of Aspen we started to climb a windy road with very serve drops to the side of the road. Unbeknown to us we were climbing the Independence Pass. At the summit we were 12,095 feet above sea level. At such a height there was plenty of lying snow and ice, which made taking a little walk in my Converse very entertaining! The views were pretty stunning and made the scary drive worthwhile. 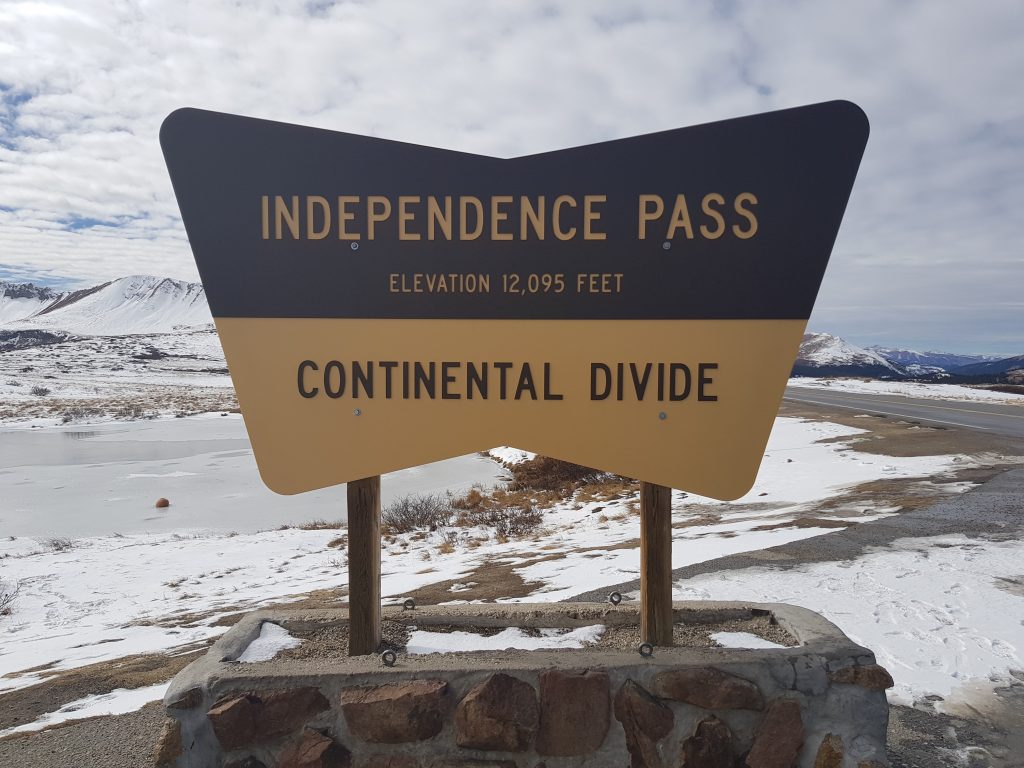 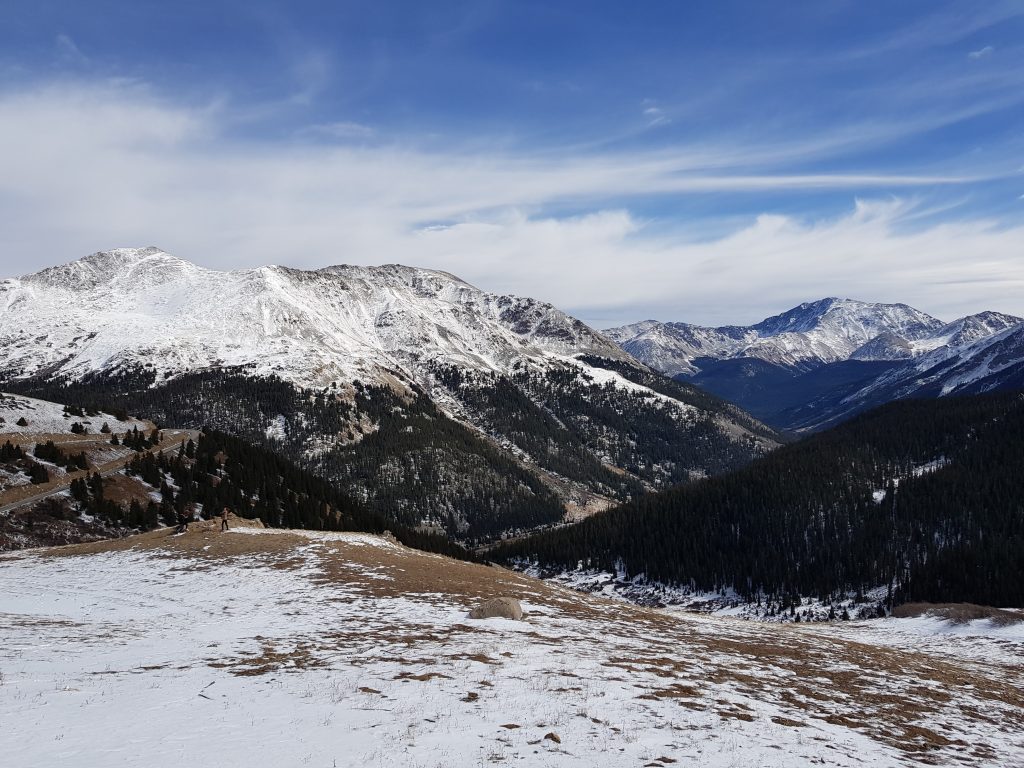 Aspen itself was pretty quiet as it was the low season, the bit between summer and the busy ski season. The town was everything I expected – high end shops and expensive restaurants. However, there are bars were you can get good food at reasonable prices. I can imagine that the area gets really crowded at the height of the ski season as there is a ski lift right off the high street! 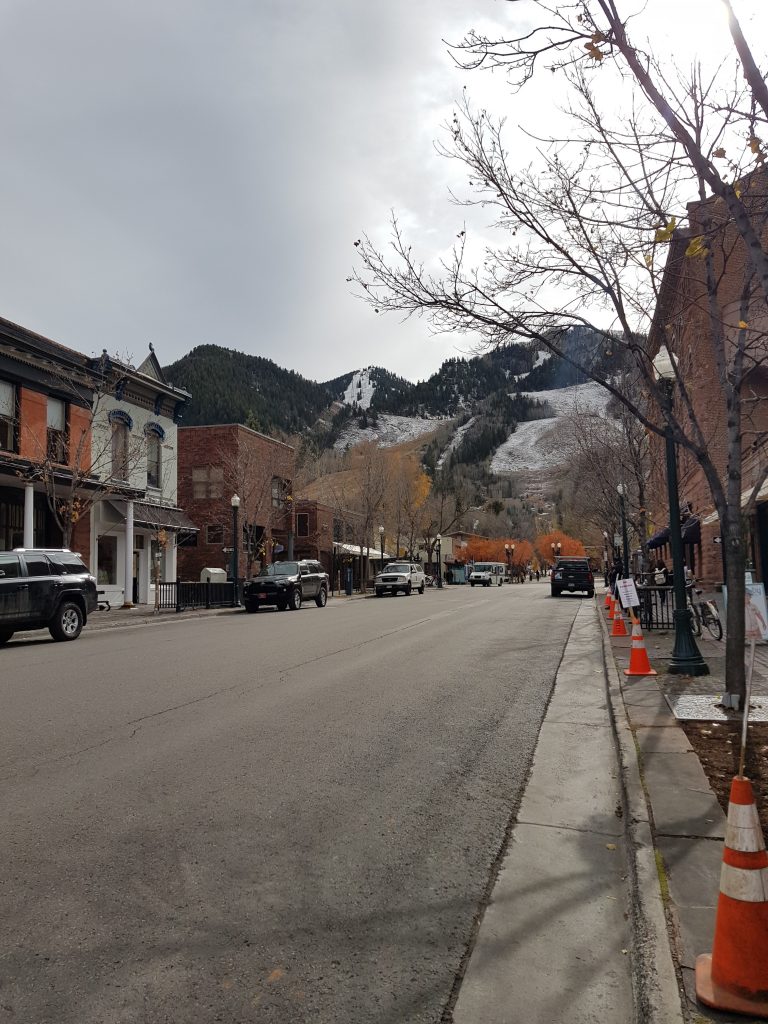 Prior to visiting Aspen I had heard that Maroon Bells was a must area to visit . This is around a 10 mile drive out of town but so with it. Again, this area was very quiet, I would imagine it to be very busy in the summer. It’s a very beautiful area with many hikes to complete – not that we did any! (Too much snow for my liking!) 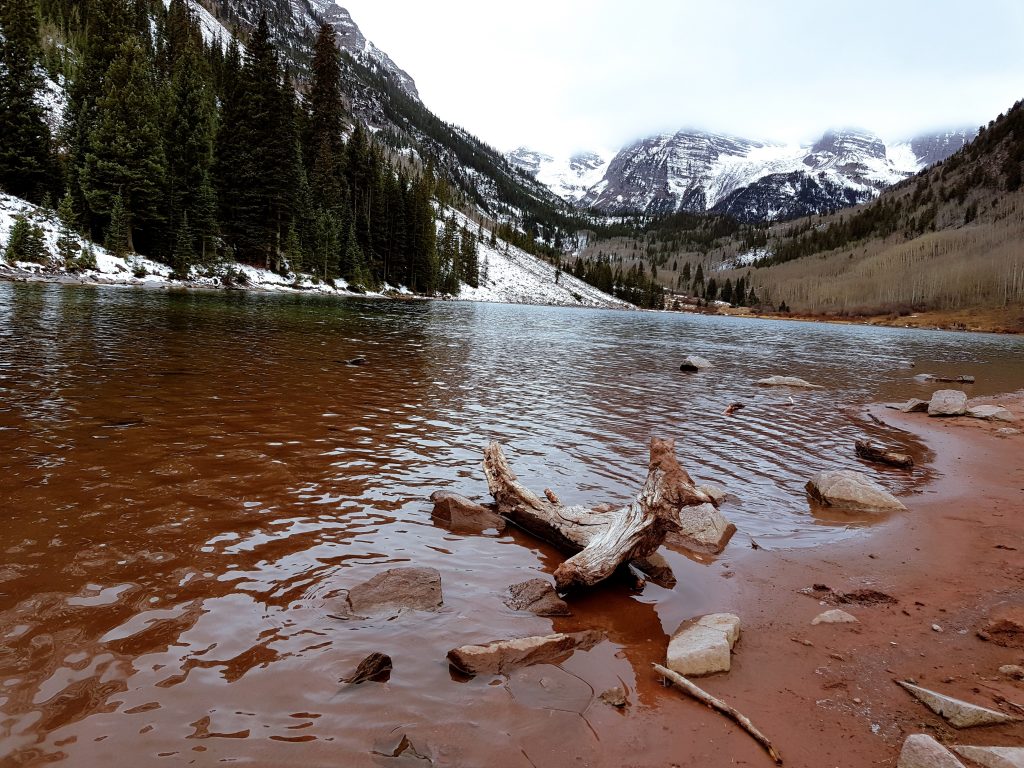 Next Month: Hiking in the National Parks.