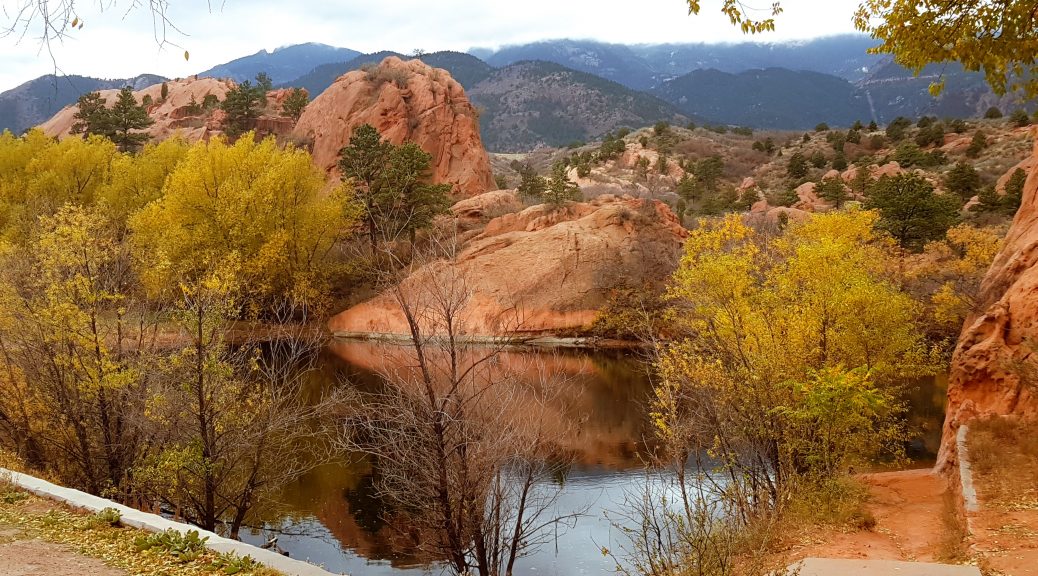 Arriving in Colorado Springs I realised that this was a much larger city than I had thought. We arrived far too early to check into the hotel so we decided to explore. First we came across Red Rock Canyon. It’s an area to hike amidst lakes and (you guessed it) a canyon of red rocks! 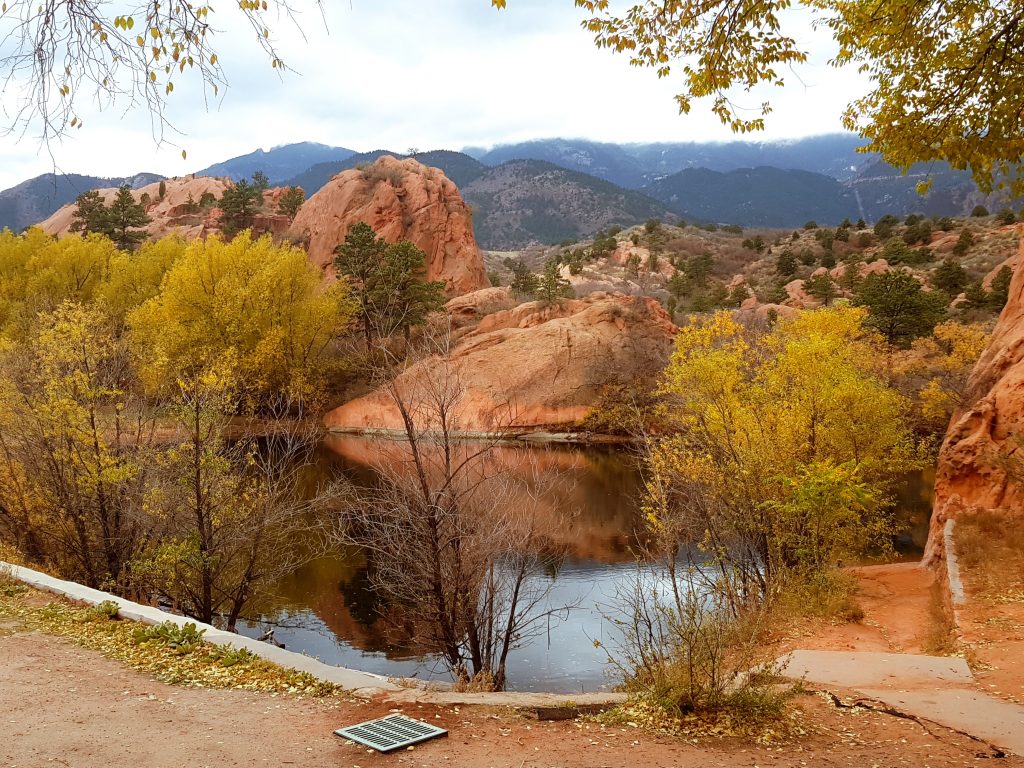 After a short easy hike we decided to move onto Garden of the Gods.
This is a registered national landmark, free to enter and spectacular to see. It’s a collection of sandstone rock formations, with wild life running around and climbers trying to conquer. It’s very easy to walk around the flat paved area but there is a land train from the visitors centre for those who don’t walk so well. 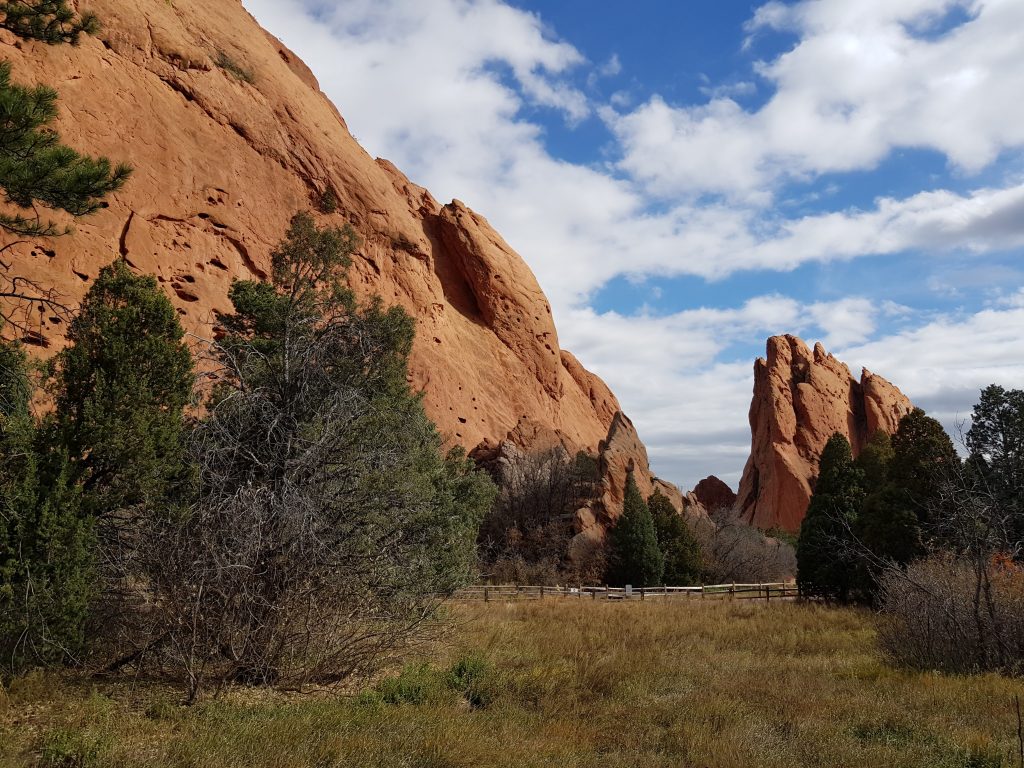 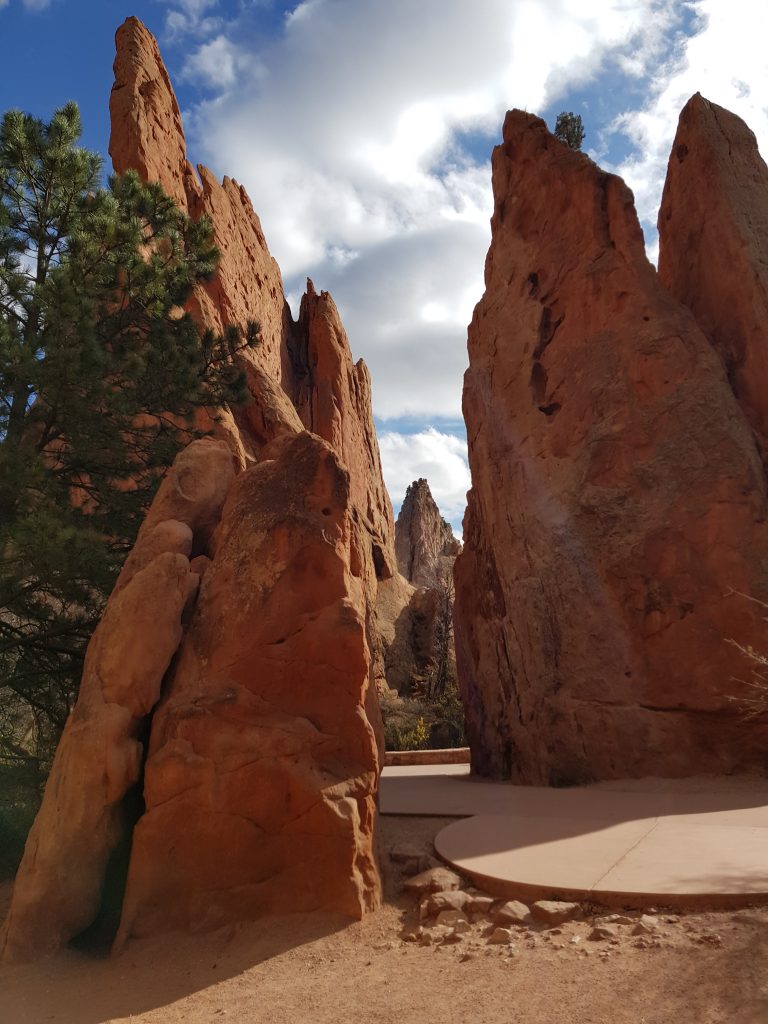 Day two, we decided to explore the old town, it’s full of beautiful independent shops, coffee shops and street art linking back to its mining days. It might be worth saying at this point that cannabis is legal in many states in the US, Colorado being one of them. You don’t have go very far before you get a waft of someone smoking a joint, something I still find hard to get used to. 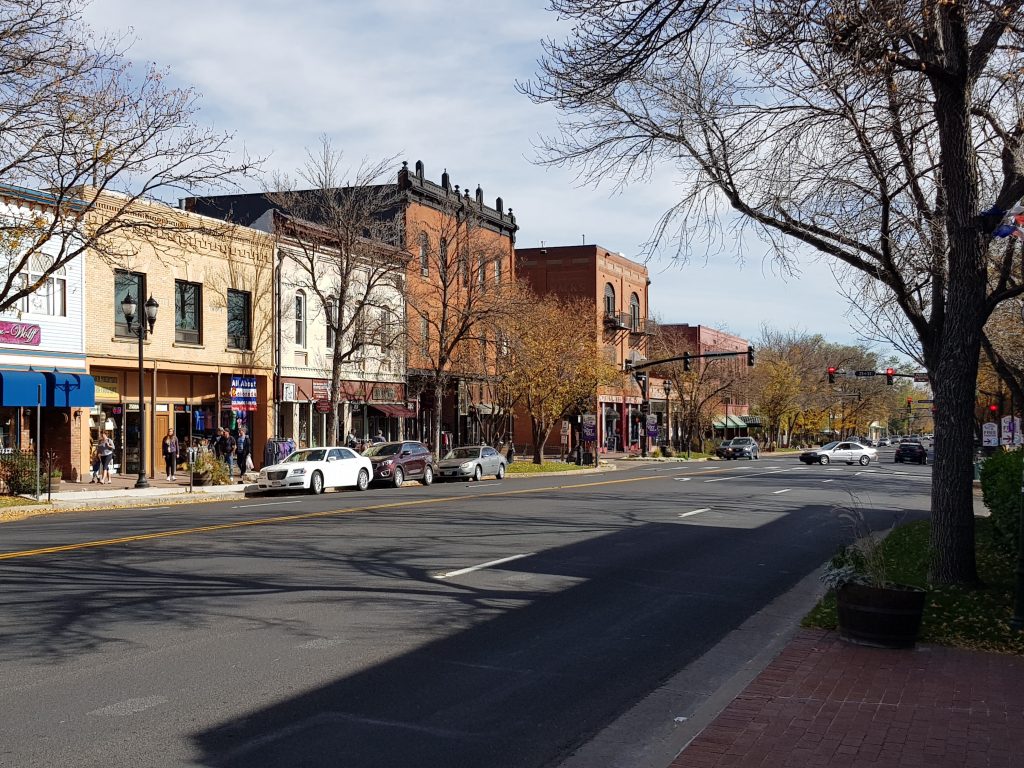 One thing I had discovered before we left the UK was that Colorado Springs has a US Air Force Academy base on its outskirts. So with an afternoon to spare we decided to take ourselves on a tour of the base. As stated on the website we turned up at the check point with our photo I.D where we handed it to the guard with a very large gun! After studying it for a minute he asked us to wind all windows down in the back so he could check for other passengers. Of course we obliged but I must say that the feeling of guilt you get walking through customs came flooding back to me. He was happy with us so we proceeded on with our tour, heading towards the visitors centre for the lowdown of where to go.
We were give a map of the base, showing the public areas and how to get there, this was a self drive tour with various stop off points along the way.
First of all the place is huge. It has its own church and football stadium along with the odd military plane scattered around. The public only get to see a fraction of the academy but it well worth a visit, far better than I expected and it was free! 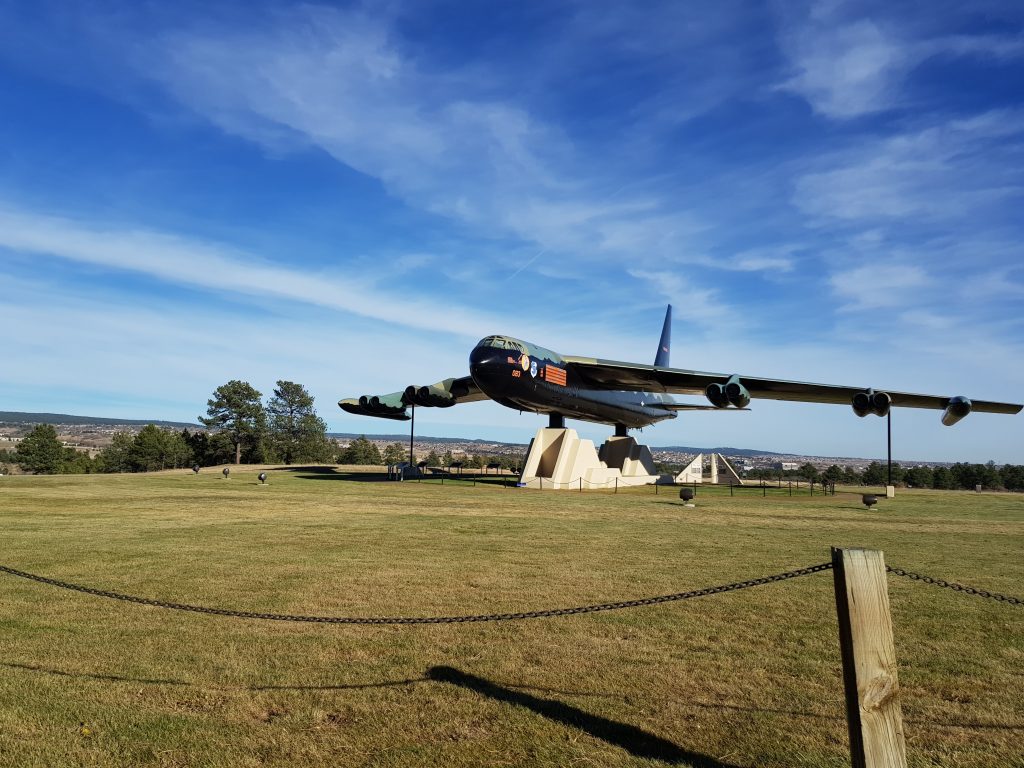 The church was a massive highlight for me, not because of religion but for its architecture. What an amazing design! The building is on two levels the top was for Anglican, and the bottom was for Catholic and other religions.
Something you will pick up about my travels is that I always seem to end up in a place of worship, I am blown away by the grandeur of these buildings, whatever faith they are. 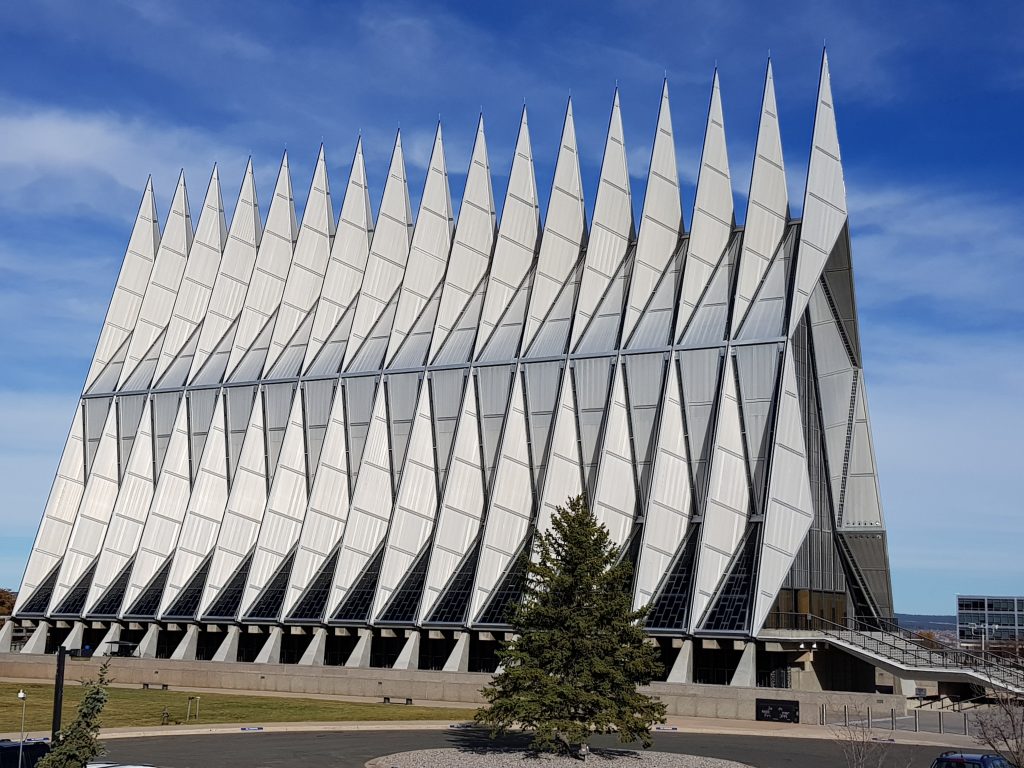 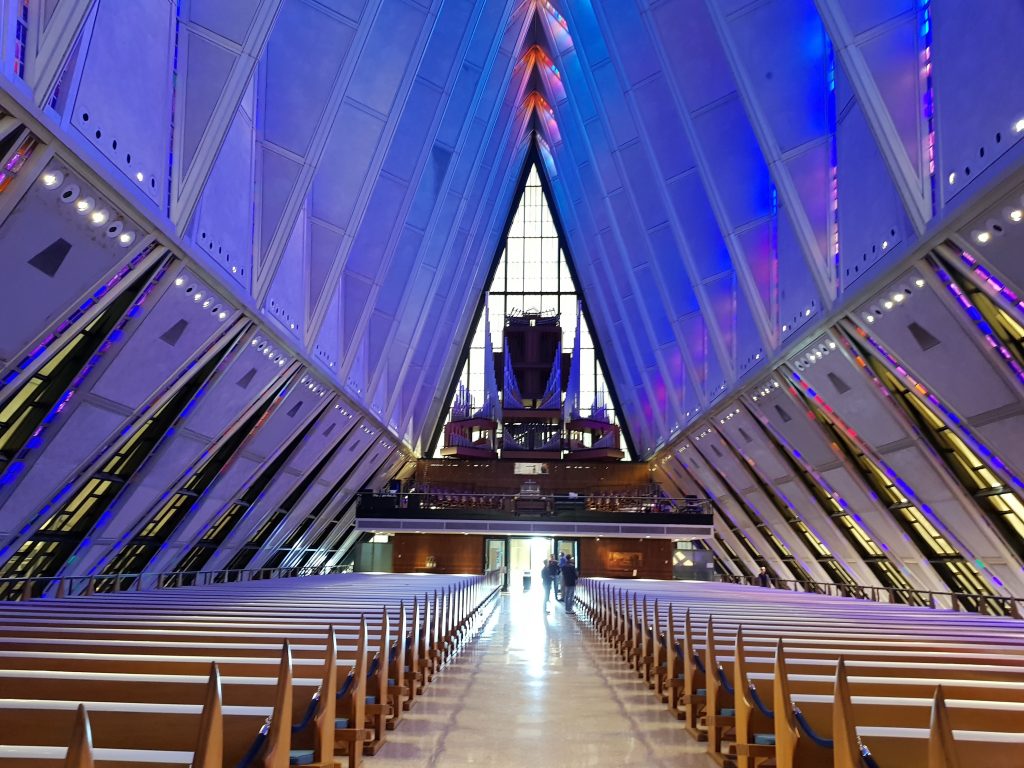 Whilst we were in the US this time it was the World Series baseball, it was a great experience watching this in the hotel bar surrounded by Americans supporting their preferred team!
Following our 2 night stay in ‘Springs’ we were now ready for the short drive to the Colorado state capitol of Denver.

NEXT TIME: Baseball and Beer in the Mile High city!