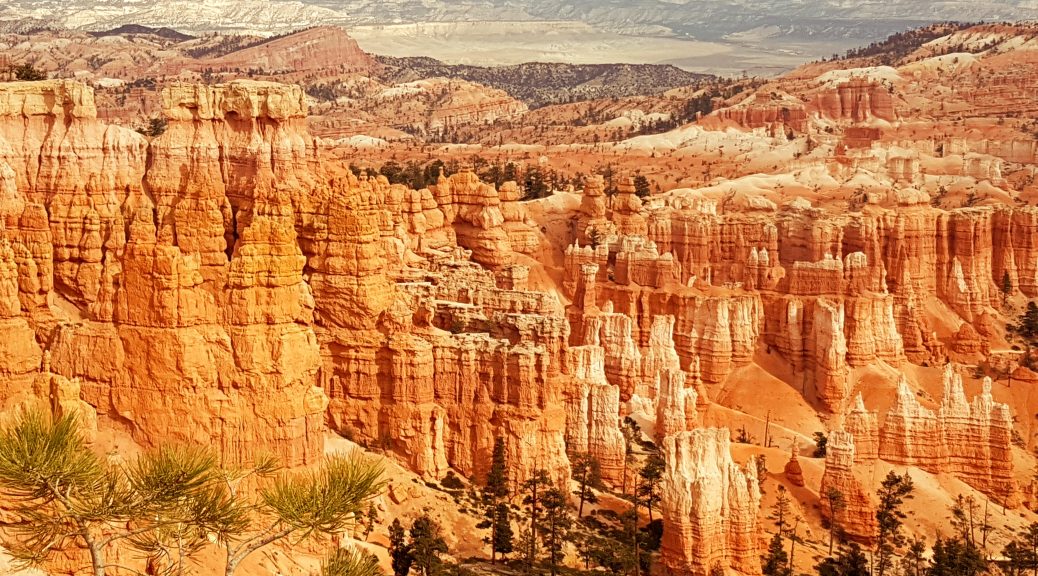 Bryce Canyon is located in Utah, not very close to anywhere really! There are a couple of hotels in the area which make it easy for a stopover. There are also some lodges and campsites available within the park itself. I must say I found this park breath taking. It’s hard to believe that all those Hoodoo’s (the odd shaped pillars) have been created by Mother Nature! Just stunning!

Bryce is made up of many different canyons so again you have to drive between the different areas. During the peak season (April to October) there is a shuttle bus service that free to use once you have paid the $30 per car entry fee (as at October 2017), these run every 15 minutes and pick up from the local hotels too. 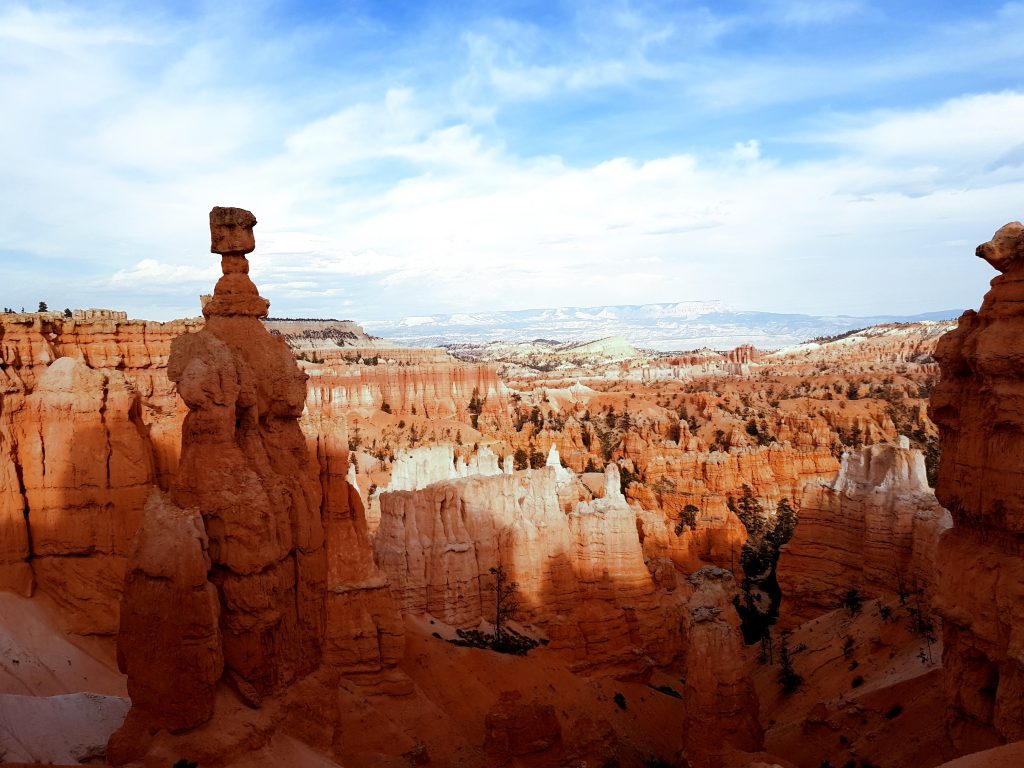 Parking the car at Sunset Point, we decided to take a little walk to get some better photos. As we started to descend into the canyon we made the decision to go all the way down to take a look at the Queens Garden. ‘I’m sure it’s not has bad has it looks coming back up’ were the wise words I shared with my husband!
Once in the base of the canyon, we arrived a Queens Garden, which was just beautiful. 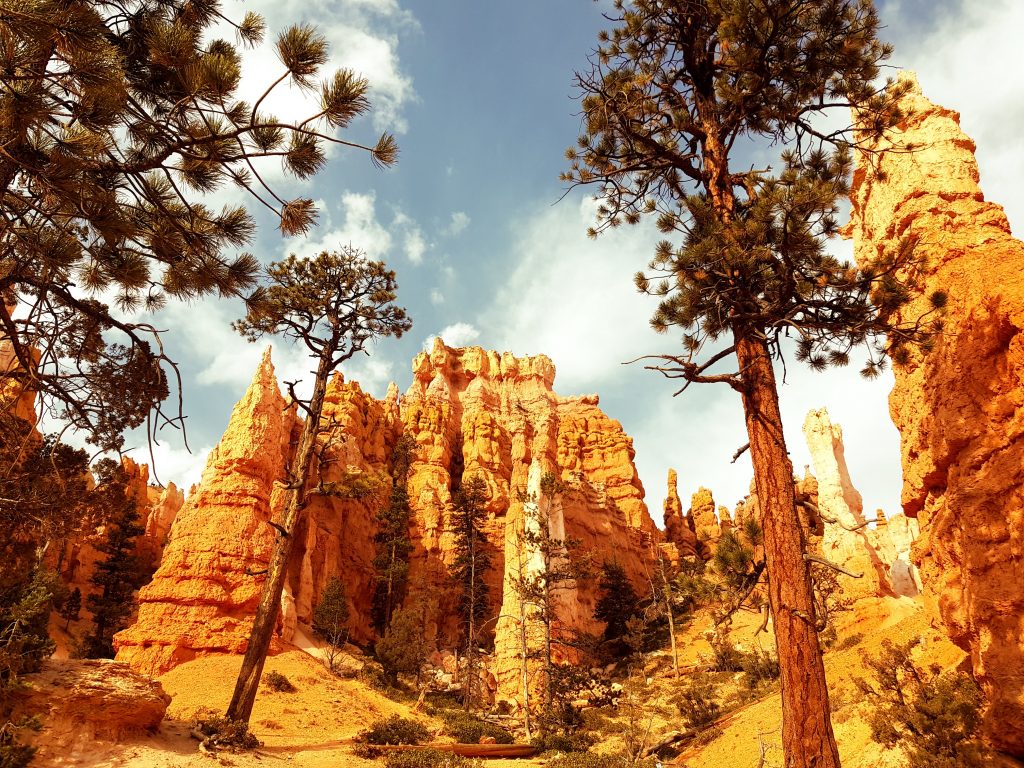 The trail we were on went in a loop so instead of going back the way we came we decided to go back up the other side. Wow, that was some climb! As we neared the end of the trail the climb became so steep that the path had to zig-zag its way up. 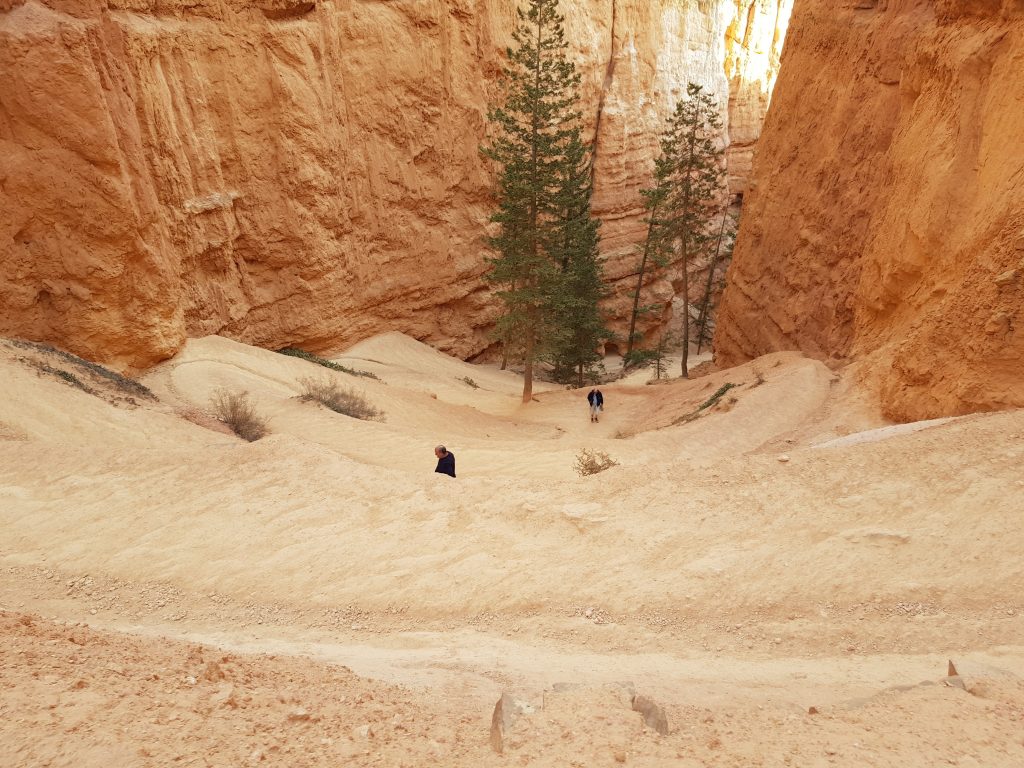 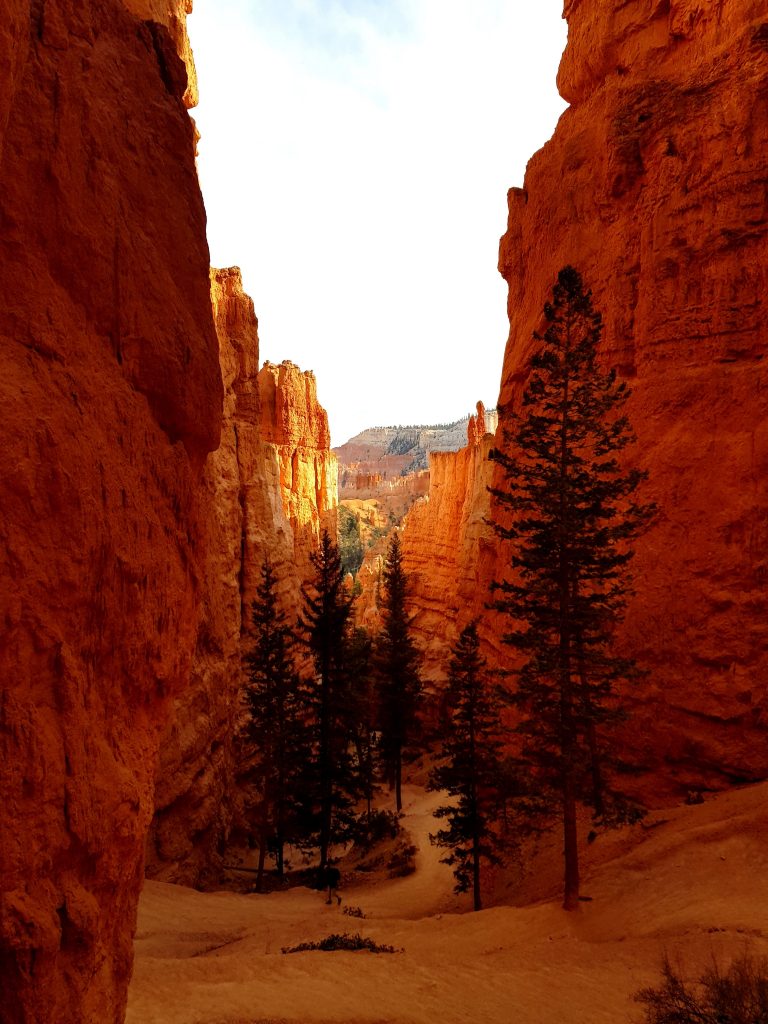 I have to admit that it was a hard continuous climb, probably not something I would have chosen to do but what a sense of achievement at the top!
Following this we decided to take the car to see other areas of the canyon. 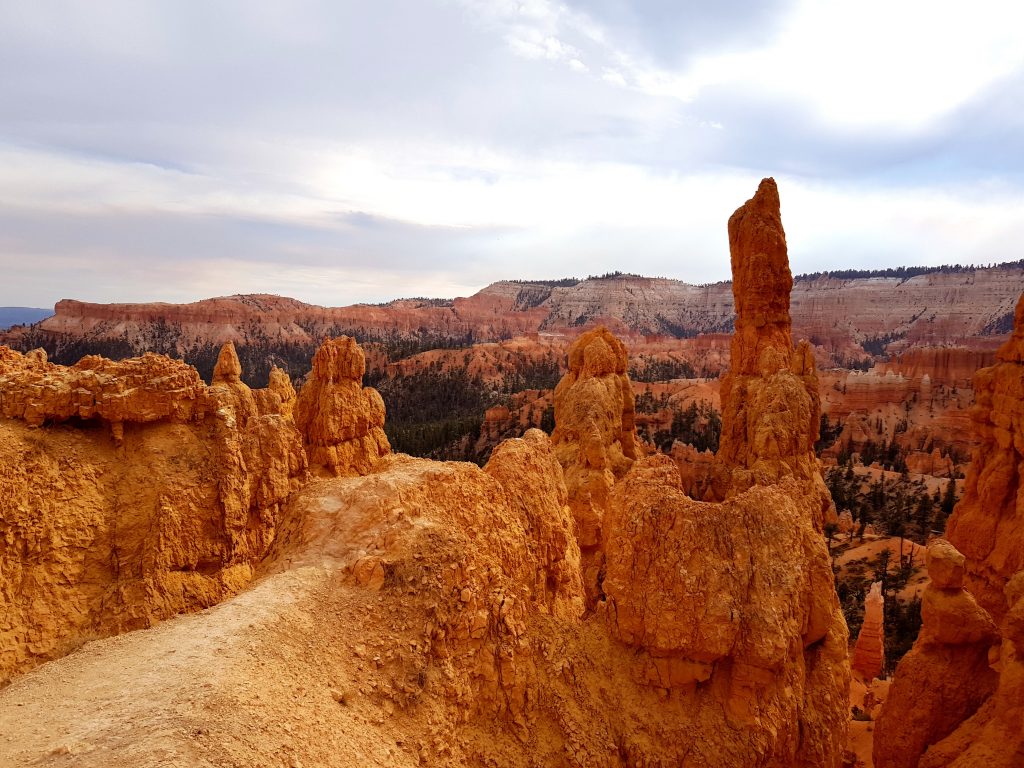 Bryce isn’t somewhere you just stumble across, you have to intend to visit as it’s off the beaten track but it’s so worth doing a detour. We stayed in one of the local hotels. No, they are not cheap, but well worth not having to do a big drive late in the day.