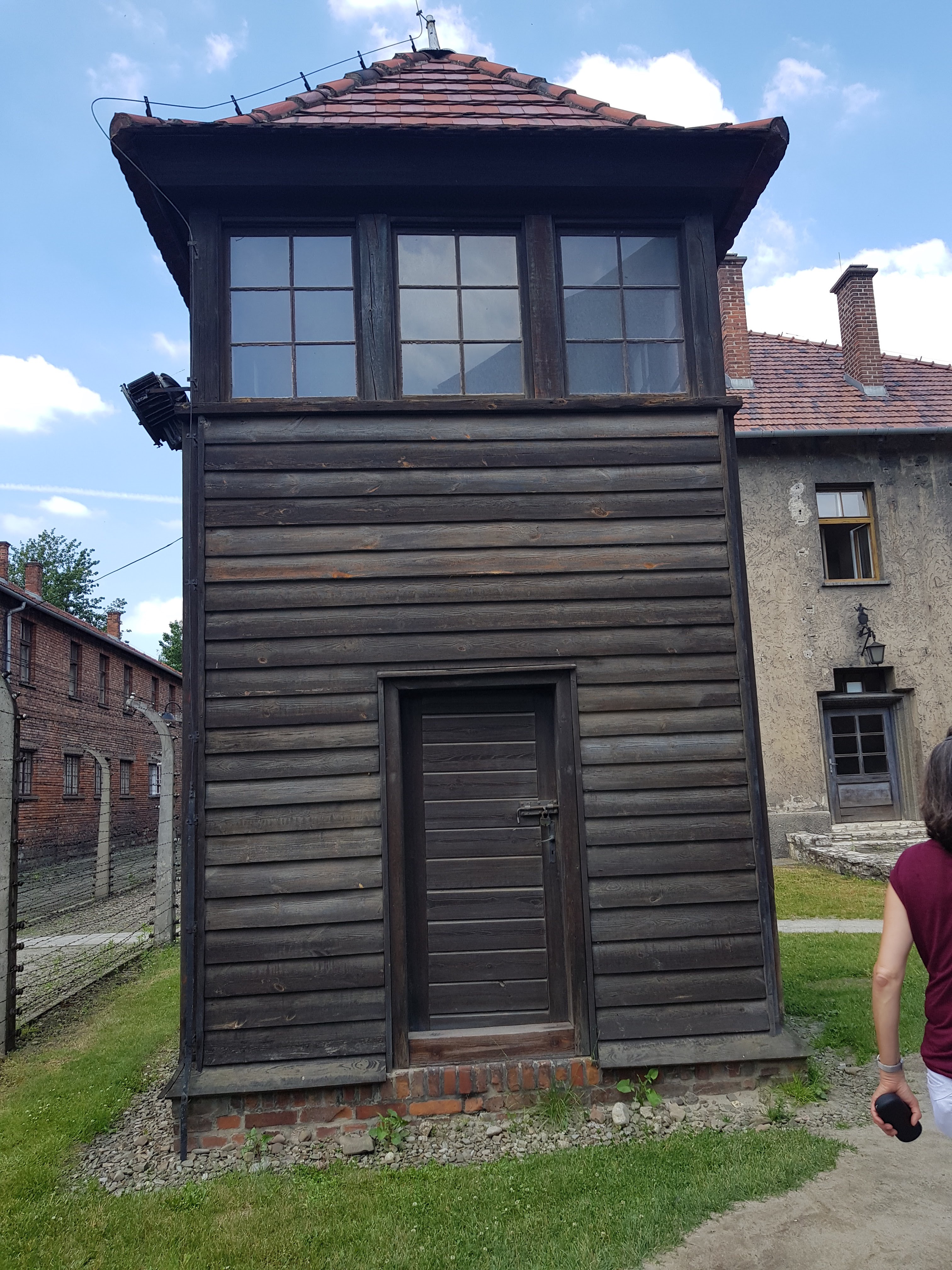 Prior to leaving for Krakow I pre booked a trip to Auschwitz, the former World War 2 concentration camp, through our hotel. Upon doing research this seemed to be very competitively priced at £32 per person.

Our pick up was at 8.35am from the hotel, they arrived on time in a modern mini bus that seated 18 people. As we were the last pick up we headed straight out to the camp. The journey took about 1 hour 15 minutes through some lovely countryside. During the journey we were shown a film about the camp, giving us a little of the background before we arrive.

Once at the camp we were put into groups with a designated guide, headphones are used to enable everyone to hear what is being said. Our guide informed us that all the information he would share with us had come from the few people who survived the camp.

Before going any further with this review, I want to point out that there is no way I am going to be able to get over in words the emotion that you feel visiting here. 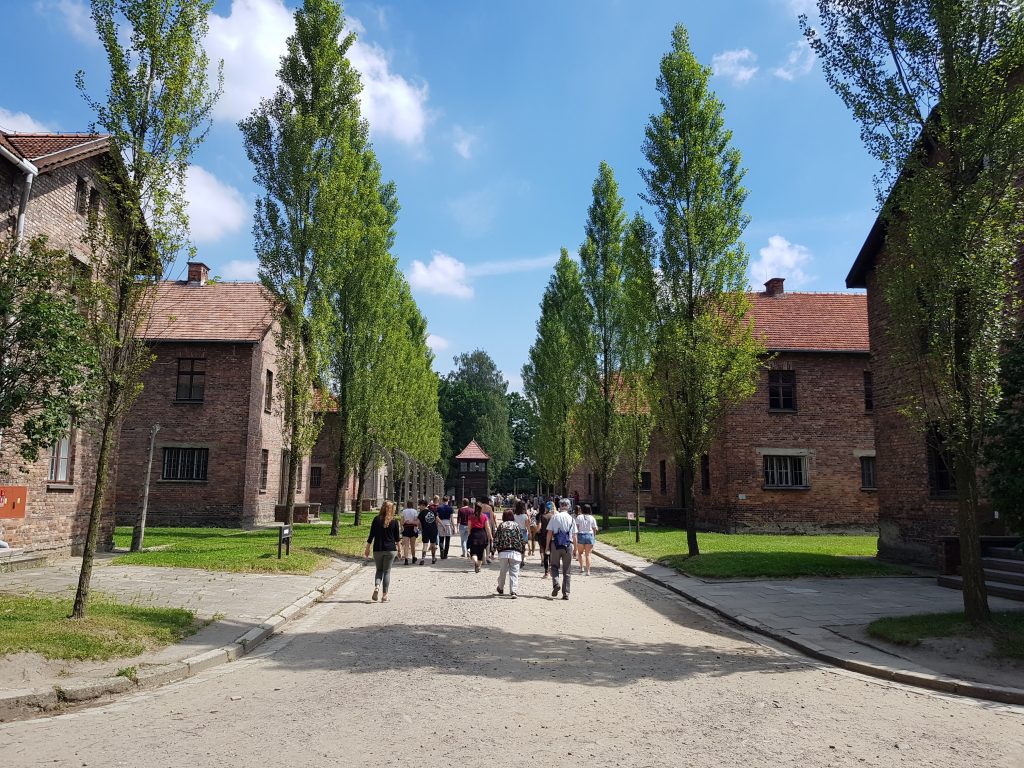 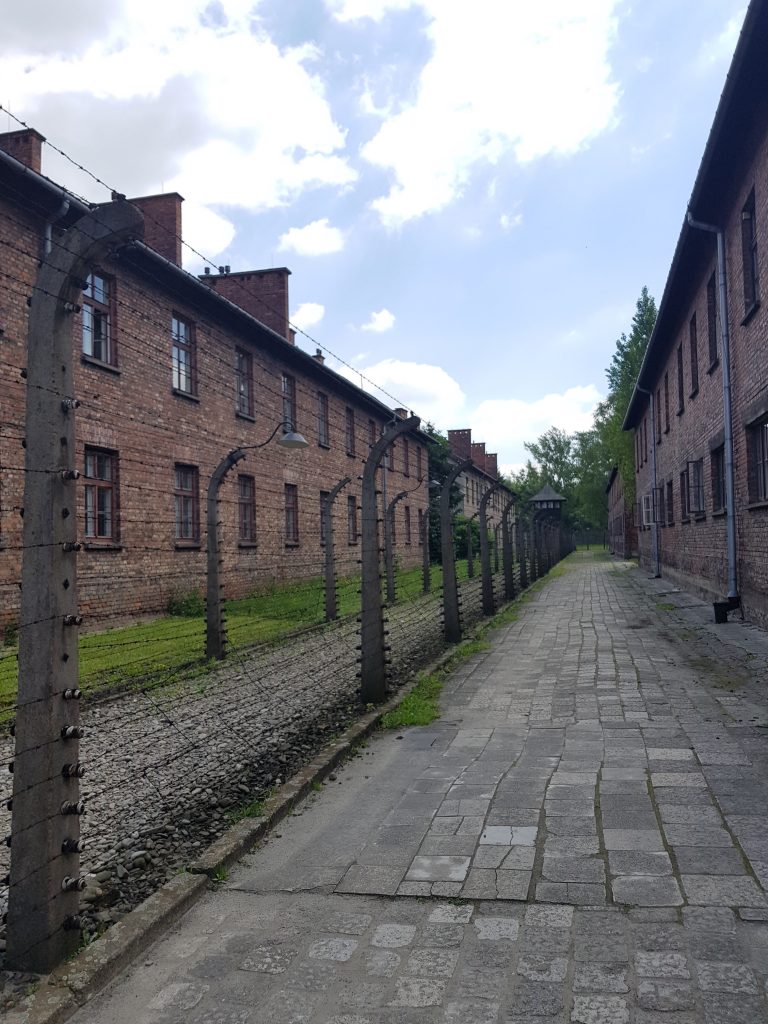 The tour took us into the various buildings used to house the prisoners. In each of these buildings there are various artefacts, photographs and belongings. Amongst these there is one long display window filled with shoes that prisoners where wearing when they arrived, men’s, ladies and children’s. 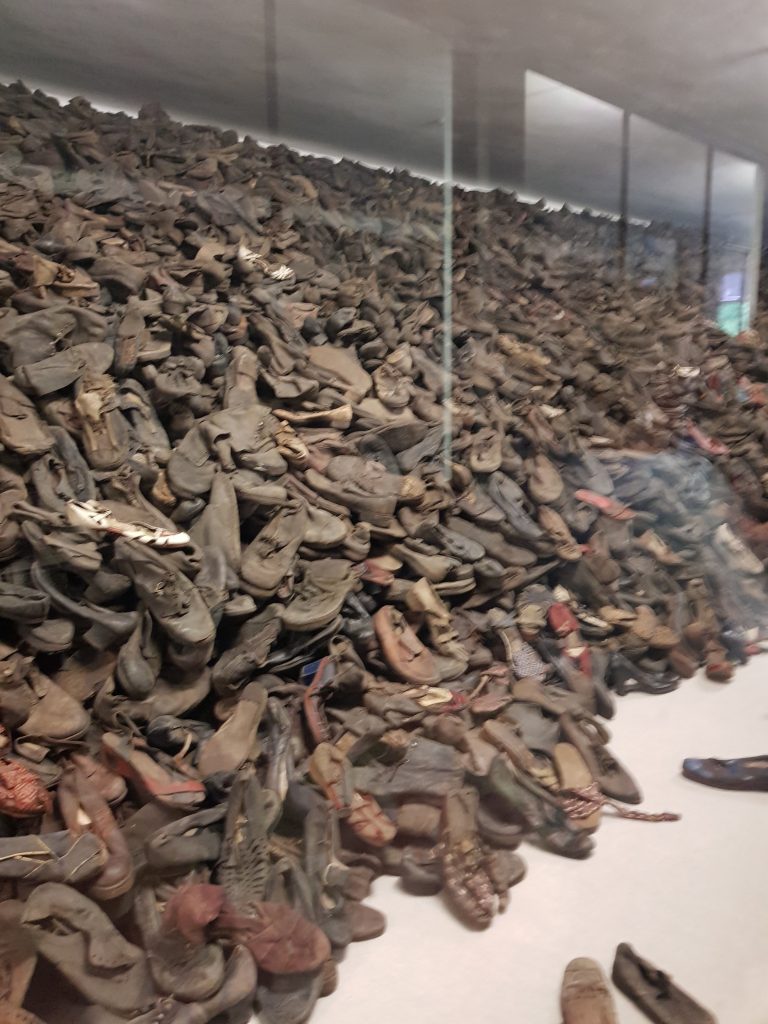 But the thing that will stay with me for the rest of my life is the display window filled with hair from the prisoners (no photos were permitted here). The Nazis kept the hair after shaving prisoners heads in order to weave it into fabric to make clothes for their officers. Each braid or clump of hair was like looking at someones body, thinking of the unimaginable terror each of these prisoners were going through at that time.

The tour of Auschwitz 1 concludes with a visit to one of the gas chambers used to kill over a million Jewish prisoners. 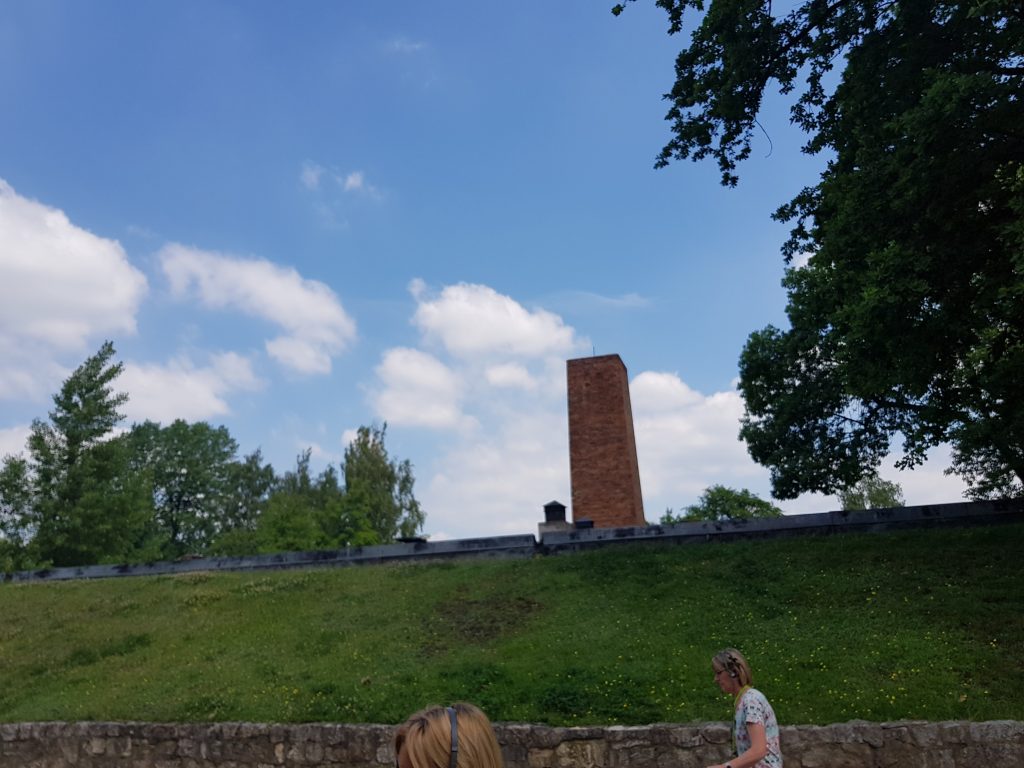 After a short comfort break we were driven the short distance to Auschwitz 2, Birkenau. The first thing to hit me was the difference between the two camps. Auschwitz 1 was a military barracks prior to the Nazi invasion, Birkenau was purpose built by the Nazis to house the prisoners of war. 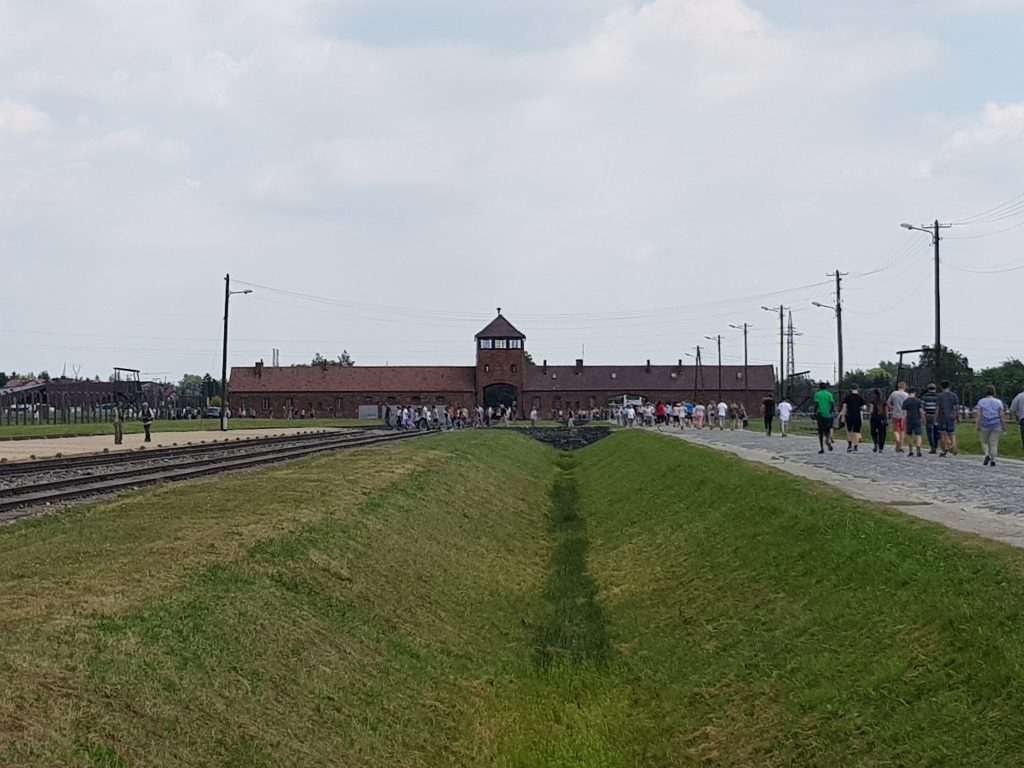 The site has its own rail track which made bringing the prisoners in easier. If the prisoners managed to survive the rail journey and weren’t selected to be gassed immediately, they would be housed in one of the many wooden `chicken sheds’ that were built especially for them. 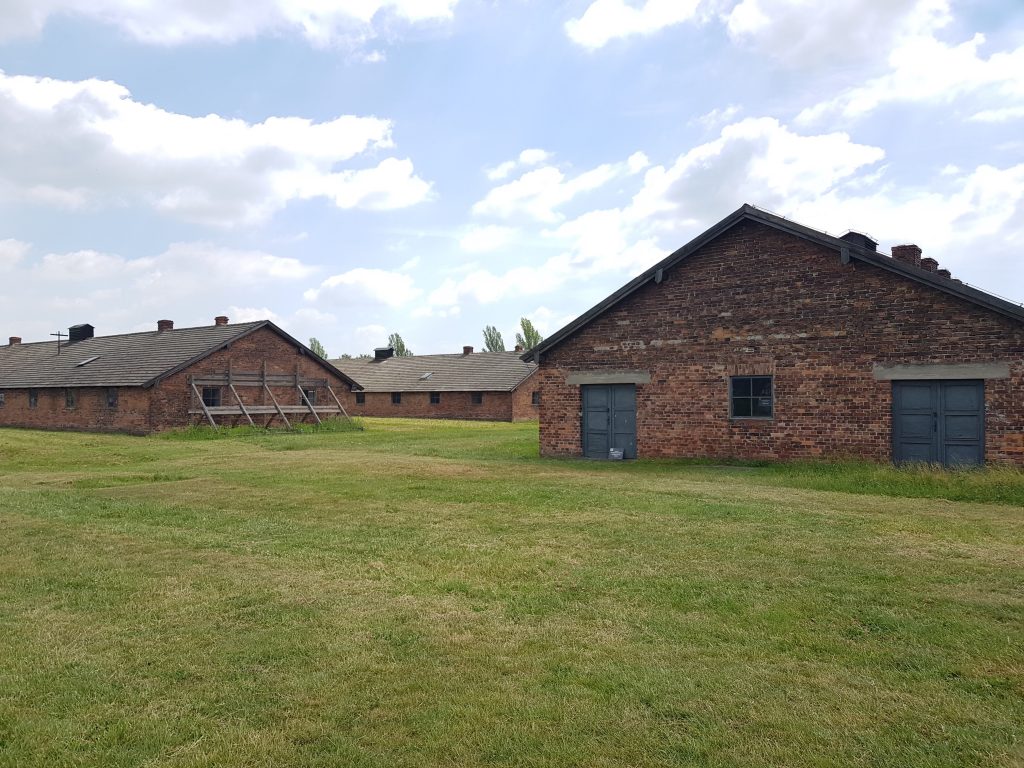 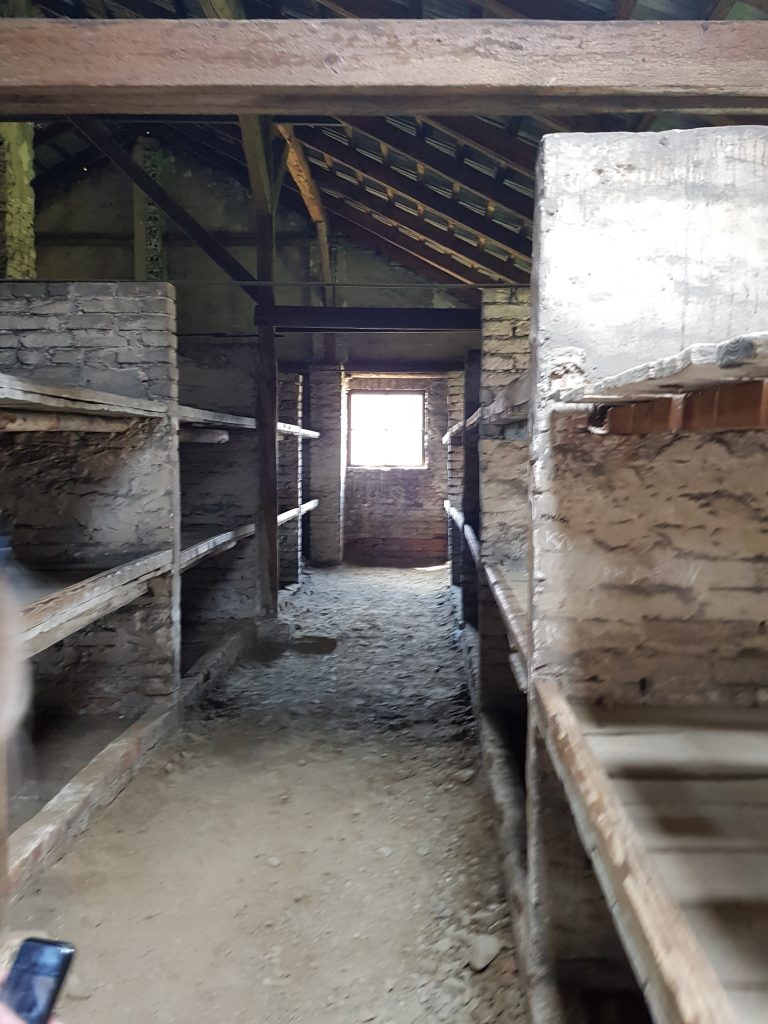 The whole tour takes about 3 hours and contains a fair amount of walking.

Although I considered that I had a pretty good knowledge of Auschwitz prior to our visits I learnt a huge amount from the doing this tour. There are no books you can read or films you can watch that can prepare you for the feelings you get from visiting here. One of the things that struck me most was the lengths they went to deceive the Jews into trusting them and all that was happening in these camps was unknown to the outside world until after the war had ended. Even then the Nazis tried to hide what had been happening by demolishing the gas chambers. 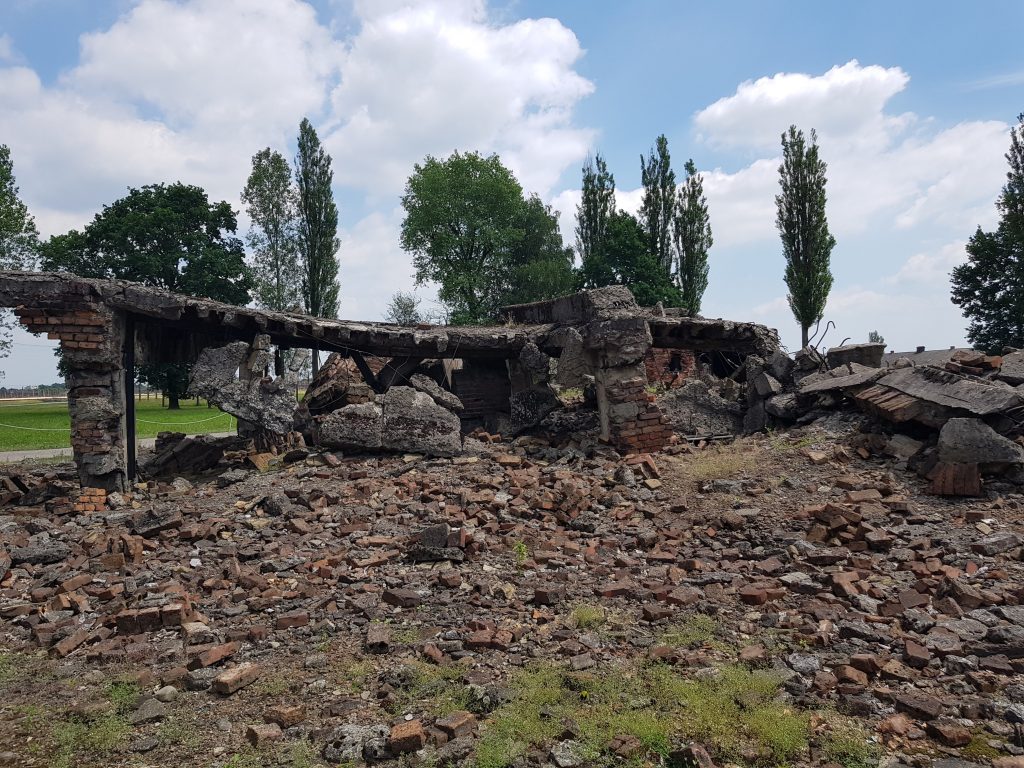 If you get a chance please visit Auschwitz, you never know if all children experience this then it might prevent something like this ever happening again! 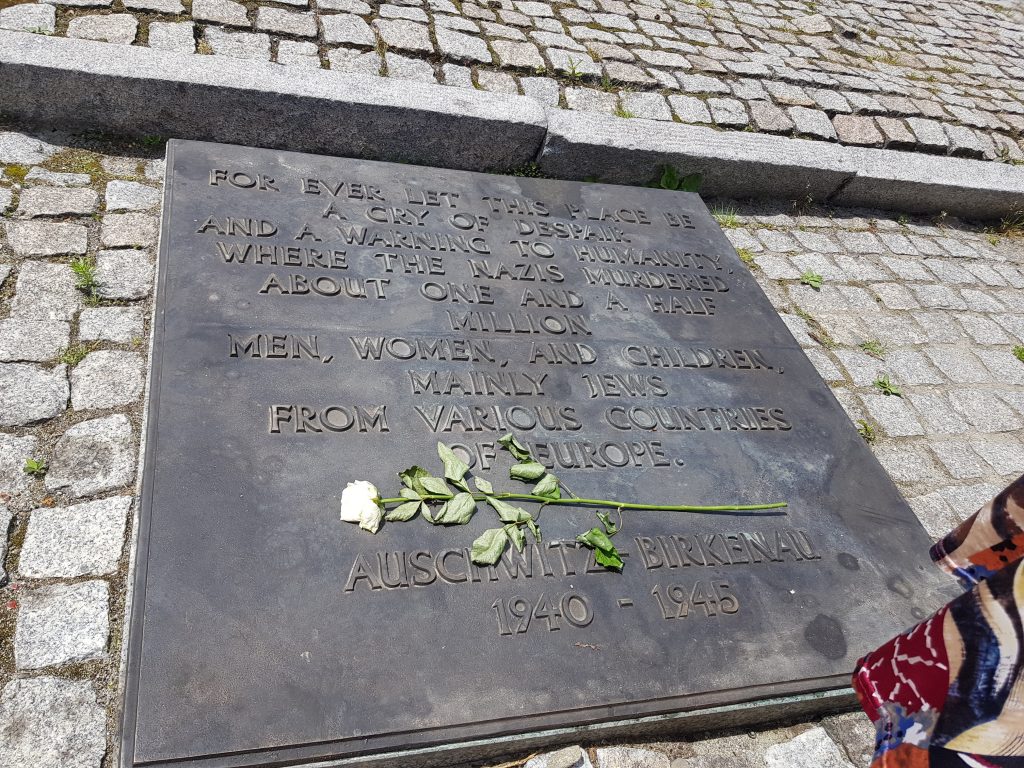