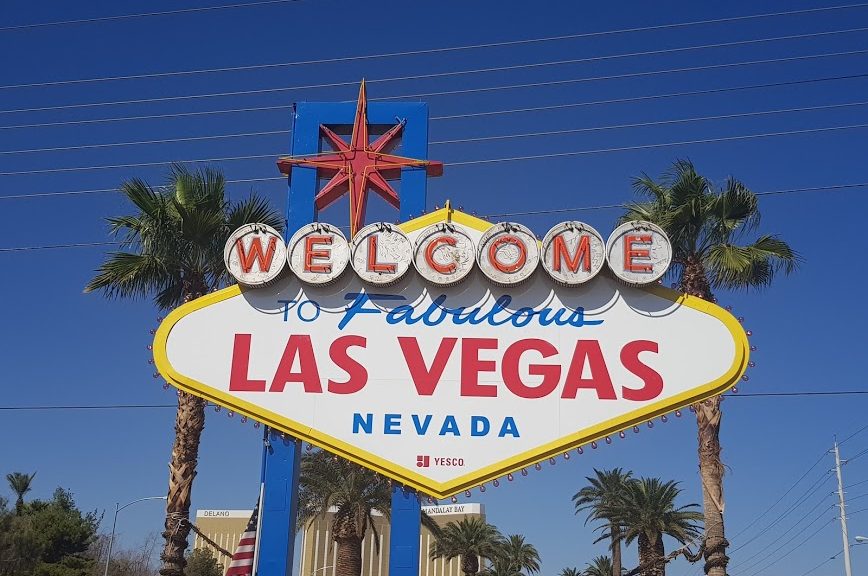 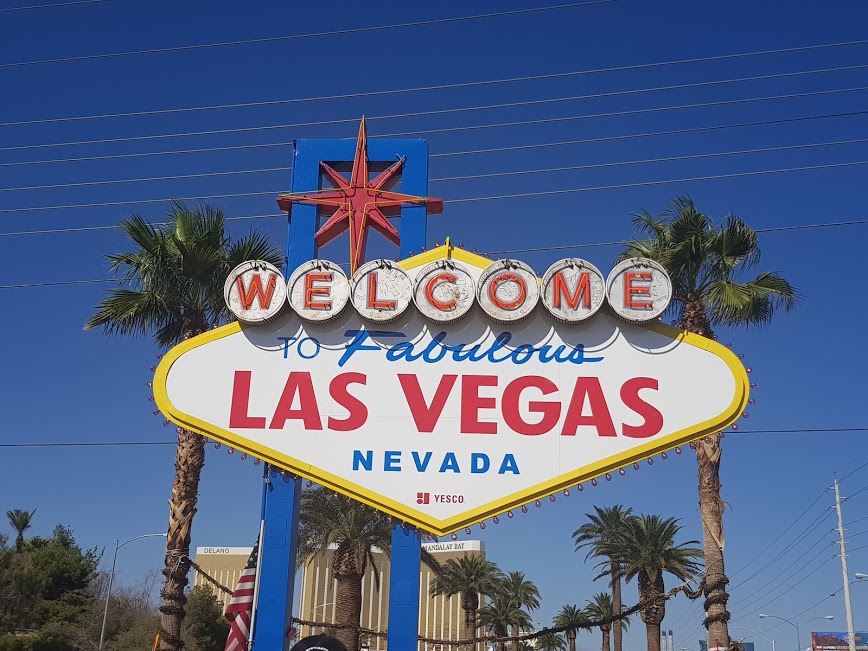 After months of planning, our 2017 USA road trip is finally here. Our grand tour starts and finishes in the crazy city of Las Vegas. In between we drive through Arizona, a little of New Mexico, into Colorado to Denver and back through Utah.
In order to get the trip underway we decided to take our first long-haul flight with British Airways. As usual we lucked out and got ‘Miss Disinterested’ as our flight attendant! Although nice and polite, she was more interested in chatting to her fellow attendants than serving her customers. Overall BA were pretty good and we would be happy use them again, which is good really as we have to fly home with them!
After arriving in Las Vegas at 7pm and picking up our rental car, we had to brave the traffic on the Las Vegas Strip! It was surprisingly easy to find our hotel, The Tropicana, at the south end of the strip. This is our second stay at the hotel so it helped that we has a good idea of its location from the airport.
This is our third visit to L.V, the last time being 5 years ago. Most cities would have hardly change within that time but not this one! There has been some major developments including new hotels, a big wheel (similar to the London Eye) and new entertainment areas. There certainly isn’t a lack of investment here! 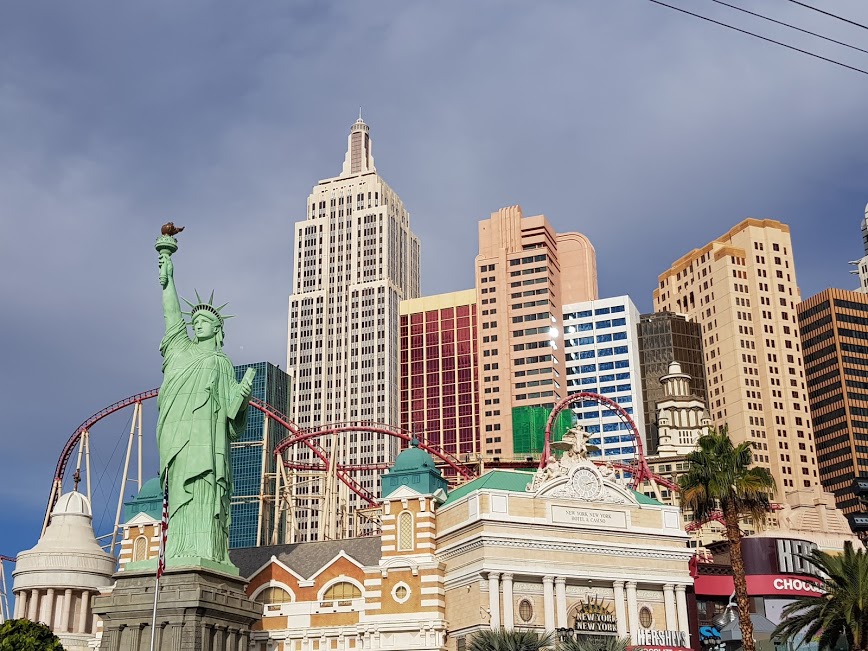 With the weather still around 30 degrees it’s a good time to visit (mid October). It’s not too hot to walk around, but warm enough for summer clothing, and the hotel pools are still open. Our visit was mid-week so it wasn’t too crowded either.
Having a rental car for the first time in the city meant that my husband could tick off an item on his bucket list, driving down the strip! Luckily for me at the end of the strip was a shopping mall that we just had to pop into! 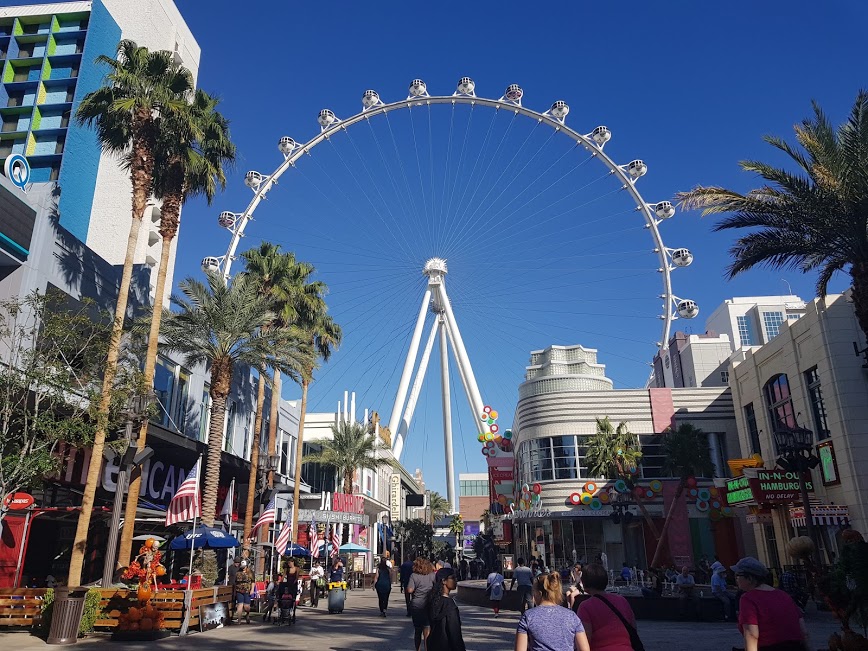 A trip on the new High Roller wheel was something that we had pre booked in the UK. Because we visited at a quiet time, there was only us and another couple in the pod, so there was lots of space to move around. As you travel up and over the wheel you get lots of facts about the city and some pretty amazing views. 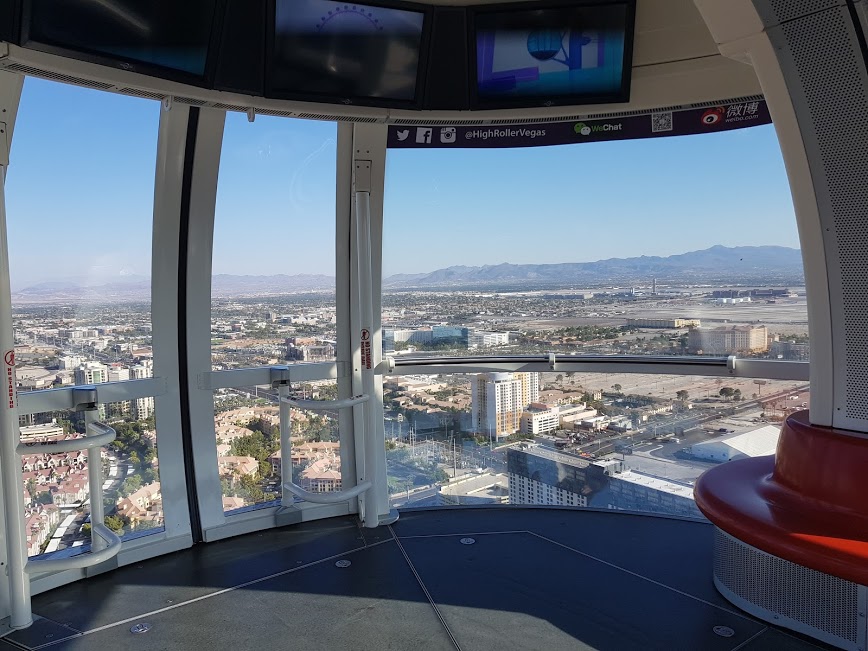 Compared to these rides in other city’s I considered this pretty good value at $22 each (online price). It takes about 30 minutes to go around. 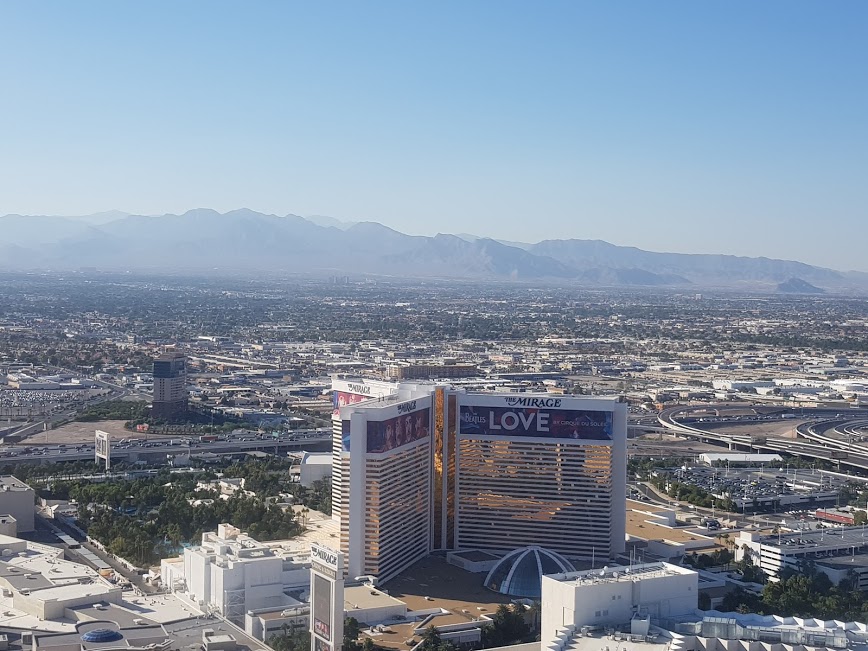 One thing that will never change about Vegas is the diversity of the city. Really you can see or do almost anything on the strip. Some of the things we witnessed were half naked women posing for photos with stag parties, people drumming up business for high-end nightclubs, people in fancy dress just out for a drink and homeless people begging. Yes Las Vegas can be seedy and brash but you get out of it what you want to and it’s pretty easy to avoid what you don’t like. We have always had a great time here and this time was not different. 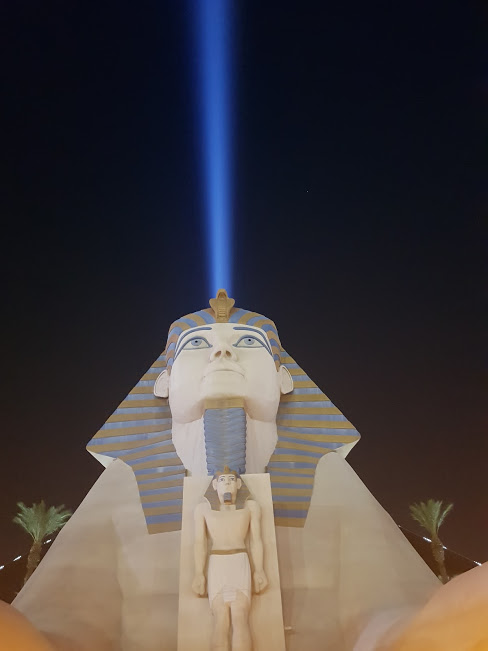 Now, it doesn’t feel right to talk about a visit to Las Vegas without referring to the recent shooting that happen at the Route 91 concert. When we arrived in the city it had been just over 2 weeks since the terrible event. As we had visited Vegas before I knew it was a city that partied hard, maybe naively, I thought that the city would just feel the same. How wrong was I?
My first surprise was when we were driving to our hotel and seeing the site still completely taped off and guarded by Police. Next was how the strip felt. All the hotel’s neon signs displayed the #LasVegasStrong slogan and there was a sense of the city pulling together. But the two things that will stay with me forever are the memorial at the ‘Welcome to Las Vegas’ sign that was one of the most emotional things I have ever witnessed. The second, was the funeral possession of an off duty Police Officer that was shoot whilst attending the concert. The Strip was closed to regular traffic and every hotels sign displayed his name. The route was lined with people wanting to pay their respects along with TV crews and broadcasters. 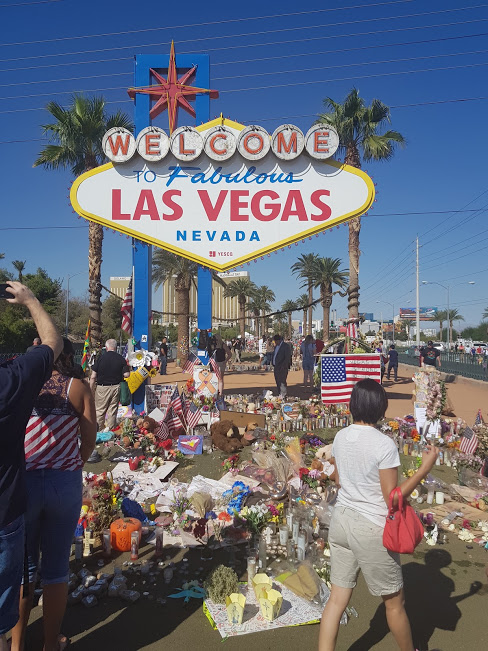 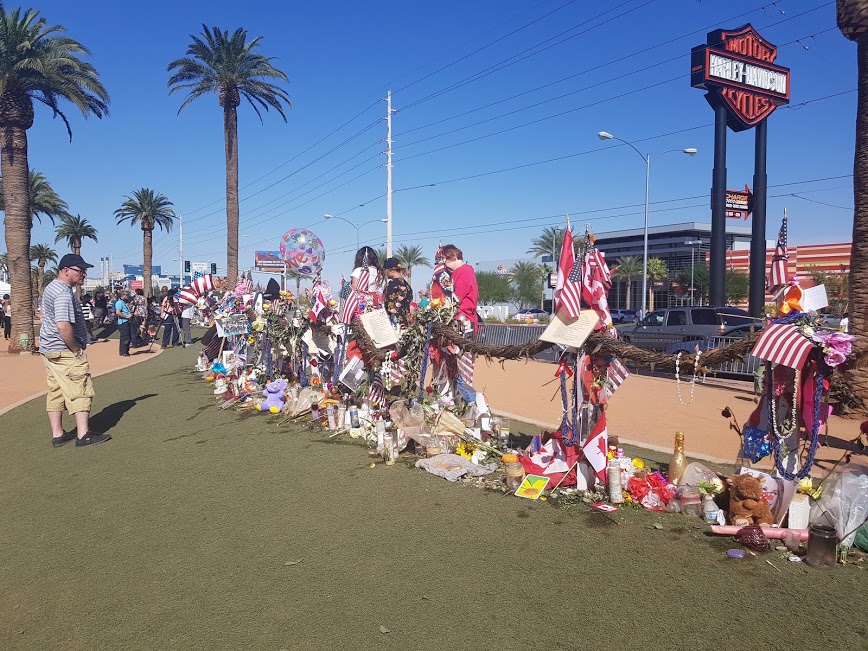 I know the gamblers and tourists will continue to visit Las Vegas and have a great time, but the city has really been rocked by this event. However, it is standing strong and will forever remember those who lost their lives.